Some of the treasures at the Museum of Islamic Art in Raqqada near Kairouan in central Tunisia.

A copy of the mihrab in the Great Mosque. 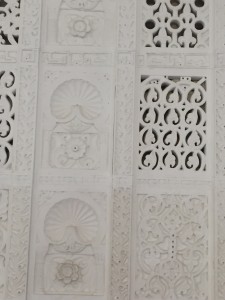 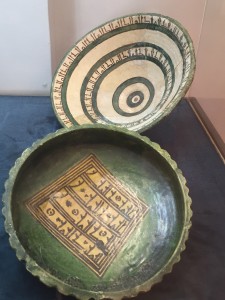 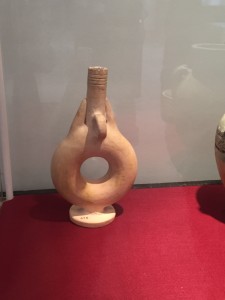 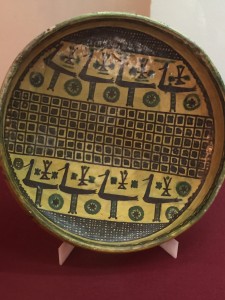 A Fatimid bowl with a bird pattern. 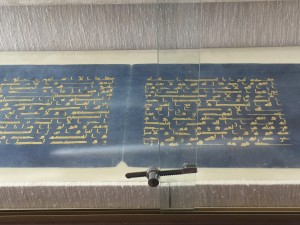 Pages from the famous 9th century Blue Koran, one of the most exquisite early examples of the Holy Book, with its richly dyed parchment and bright ink. Pages from the Blue Koran are scattered in museums throughout the world. According to the head of the Raqqada Museum’s manuscripts department, each page is valued at 300,000 euros. 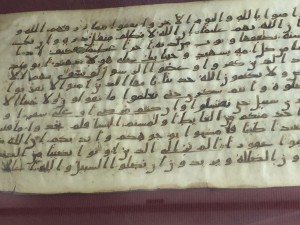 An eighth century Koran written in Kairouan in the Hijazi script. 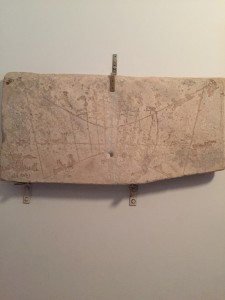 And an astrolable, the 12th century equivalent of Google Maps. 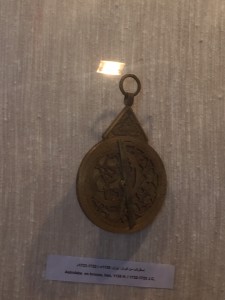 A giant lamp for a mosque. 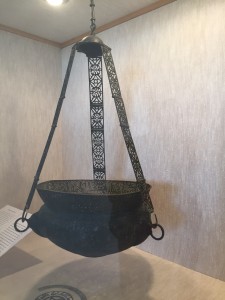 Surgical instruments from the 9th century. 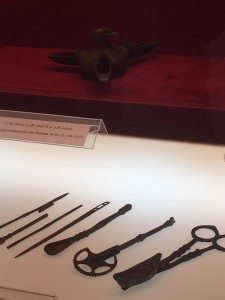