El Makhsen, a hidden jewel on the edge of the Medina in Tunisia’s capital

On the edge of the Medina in Tunis, in Bab Souiki, a little jewel of a cultural centre. El Makhsen is in a converted 1884 warehouse, started by Mohammed Ali Ben Jamaa, the well-known actor who’s popularly called Dali. 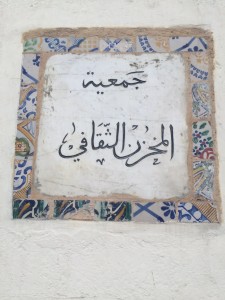 The actor, who’s got something of a social conscience, decided to put the old warehouse handed down by his father to good use – providing a safe space for young people to sing, play, perform, write music and poetry and read.

He created this vibrant space. 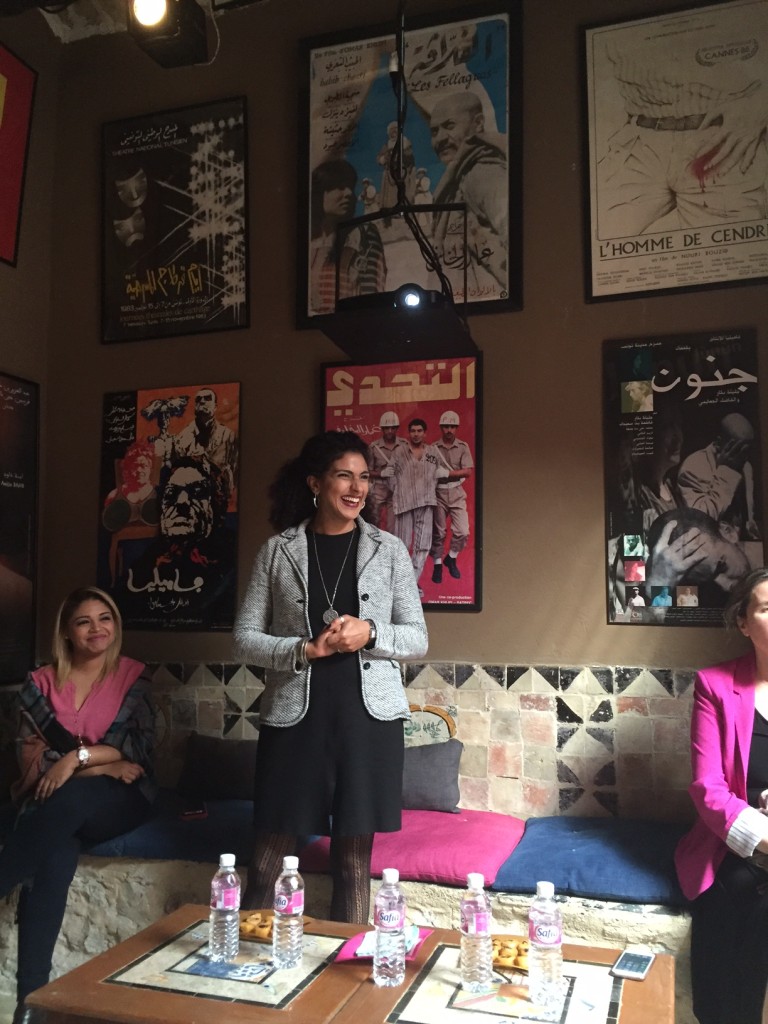 Note the door with its casually affixed notices. 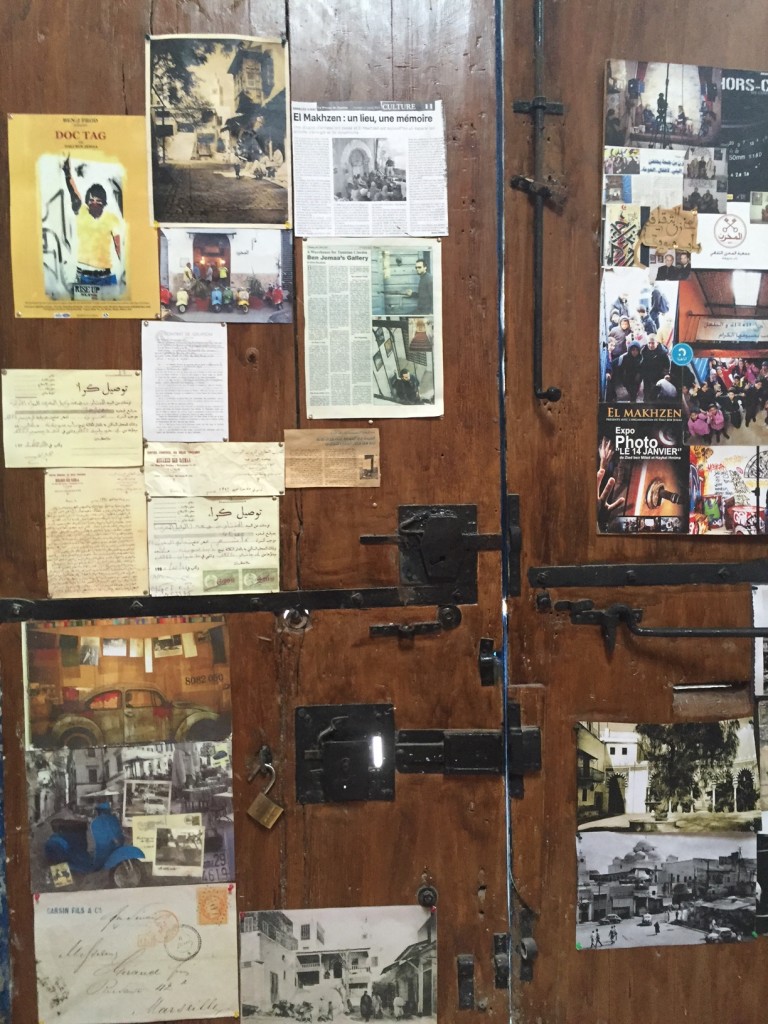 The posters on the wall advertising recent events in Heroes Build, the inspirational graffiti, rap and concert programme launched in Tunisia a couple of months ago. (Click here for an earlier blog on Heroes Build.) 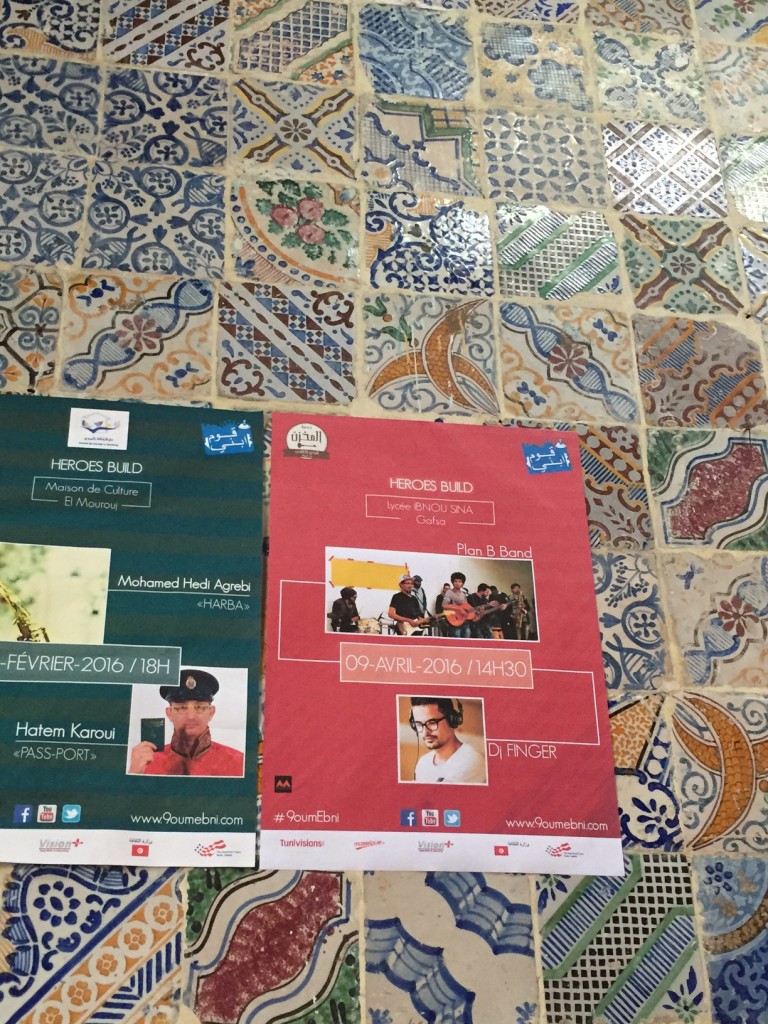 The umber wall with paintings. 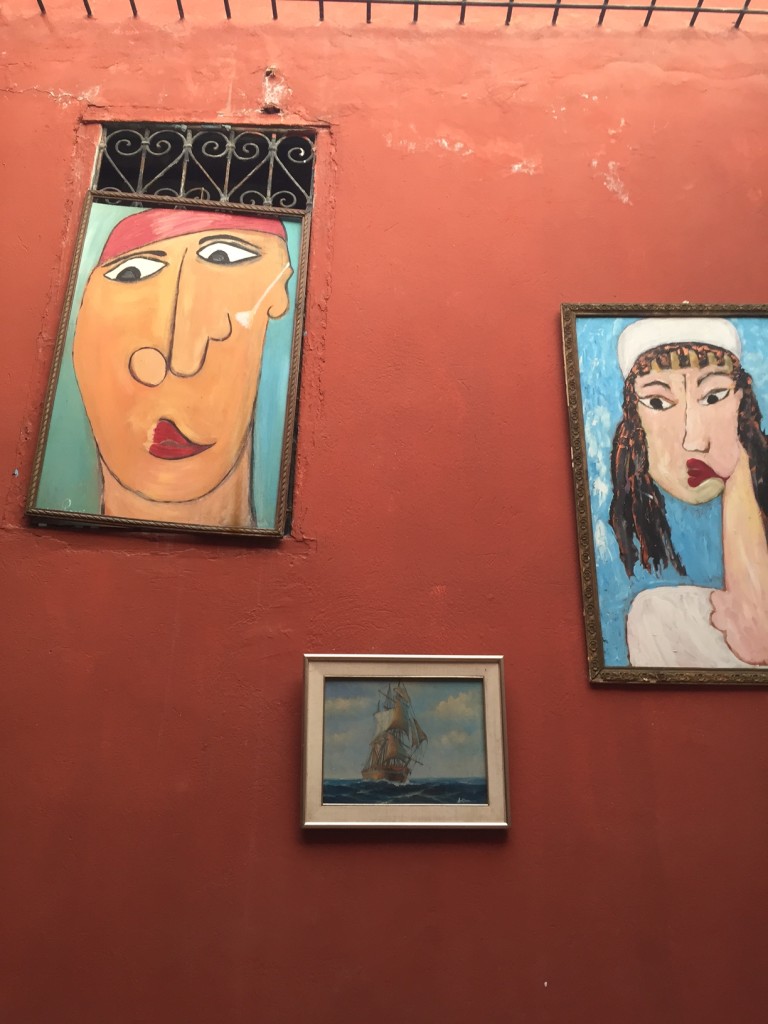 A part of the original entrance is a feature in the performance space. 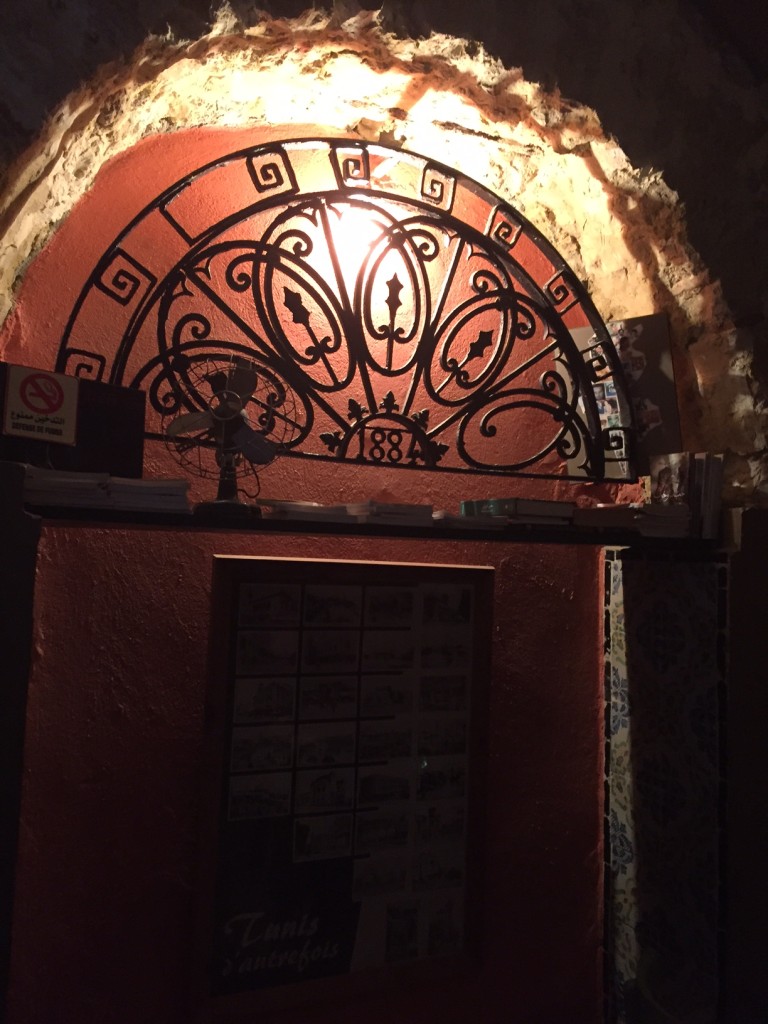 Dali with a singer, on the stage. 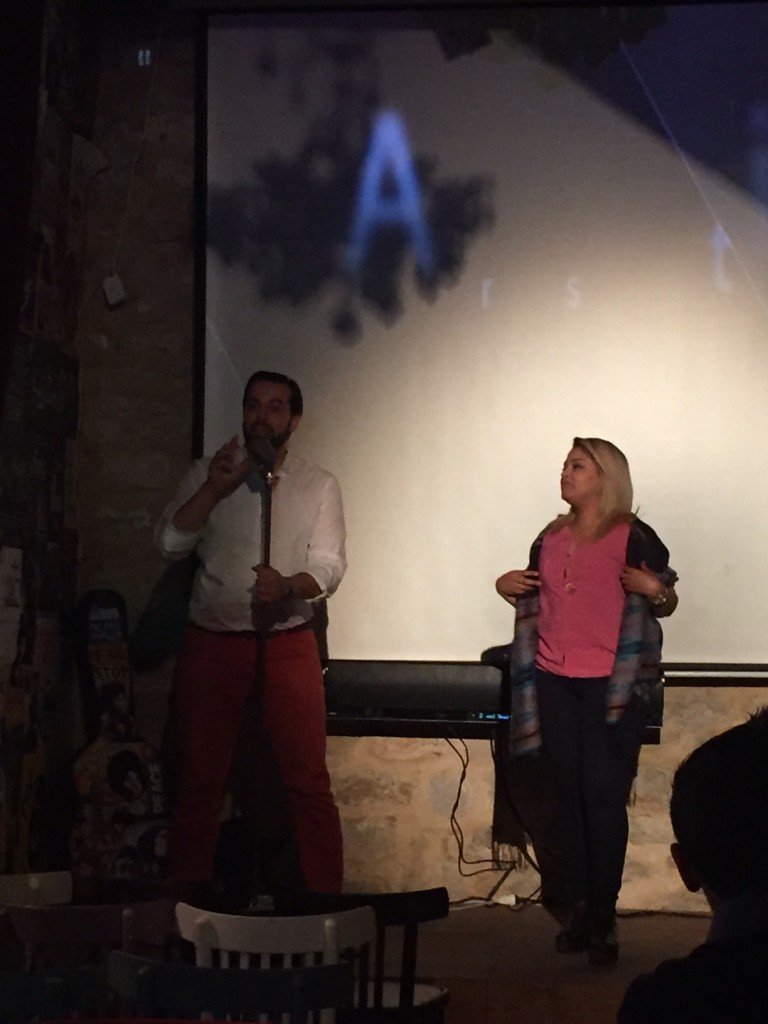 This is the sort of space that flash magazines and newspaper supplements would feature as hip and culturally sensitive. It is hip but with a big heart.