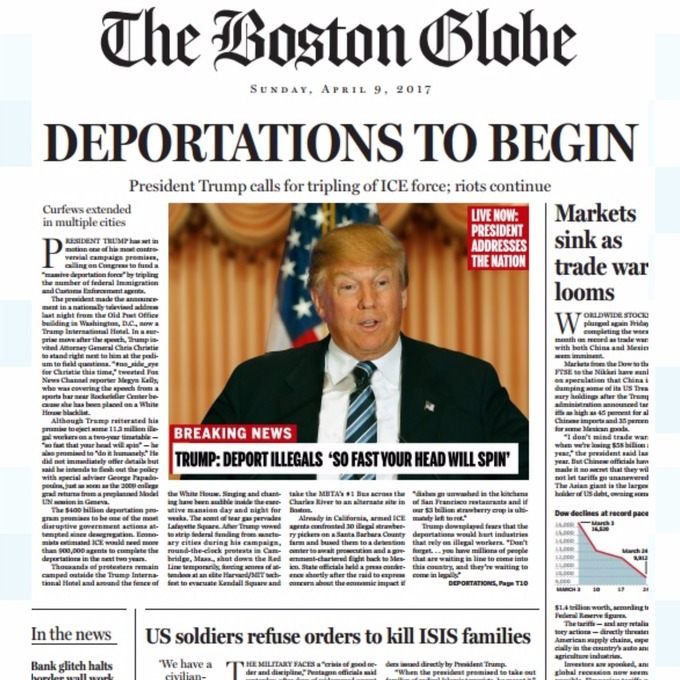 Donald Trump is 69 but still seems to believe (like many of us did at age 11, 18 and 22) that he can change the world. All by himself. There is nothing, he boasts, that he cannot do. The wisdom of the years has bypassed this absurd demagogue with an inclination to becoming a tyrant.

Consider the list of enormous ventures that Mr Trump seriously suggests he can accomplish because he’s so “great”:

He also seems to want to return to a less eco-friendly world, bemoaning the fact (on Thursday, May 5) that hairspray-use is considered to be bad for the ozone layer.

How does the world view Mr Trump’s childlike belief in himself?

But Donald Trump’s inner child is still jumping up and down and shouting for attention and approval.