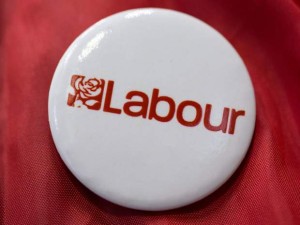 Anyone notice the relation­ship between increasing Muslim participation in the British political mainstream and the row over the alleged rise of anti-Semitism on the British left?

Britain’s main opposition Labour Party has been roiled by allegations of anti-Semitism deep within its DNA. Party leader Jeremy Cor­byn admitted there is a “small” problem. The party had to suspend a prominent member — former London mayor Ken Livingstone — as he defended another alleged anti-Semite, Labour Member of Parliament Naz Shah.

Shah, a first-term MP of Pakistani ethnicity, has been criticised for anti-Israeli, anti-Jewish Facebook posts and comments. She posted them before Britain’s May 2015 general election. They appear to show her making no distinction between Israeli citizens and people who belong to the Jewish faith. They also appear to show her antipathy to Israel’s right to exist where it does.

Shah shared a graphic of Israel’s outline superim­posed on a map of the United States under the headline Solution for Israel-Pal­estine Conflict — Relocate Israel into United States. She did not use the words “final solution” but added the comment: “Problem solved.”

According to the British political blogsite Guido Fawkes, Shah urged her Facebook friends to vote for a poll about the Israeli-Palestinian conflict, warning that time was of the essence because “the Jews are rallying”. She tweeted a link com­paring Zionism to al-Qaeda.

British commentators have been musing ever since about rampant anti-Semitism on the left. The argument goes that criticism of Israeli government policy increas­ingly has an anti-Semitic under­tone.

Jonathan Arkush, president of the umbrella Jewish Board of Deputies, discerned a “stream of clear-cut cases of anti-Semitism in the Labour Party, which can’t just be fobbed off as differences over Israel”.

Michael Levy, a Labour member of the House of Lords, said it was a “serious problem” that Shah could be an MP, “how people like this can enter our Parliament with such a lack of knowledge, such a lack of discretion and such a lack of sensitivity”.

Finally, there was the follow­ing pronouncement from Julia Neuberger, another member of the House of Lords and a rabbi at the West London Synagogue. The Labour Party, she said, had “a very particular problem (with anti-Sem­itism), and a particular problem at the moment”.

There is a decided tension between Labour’s call for justice and fair play and the positions he adopted by some of its members on Israel and people of the Jew­ish faith. These have been over­whelmingly Muslim, except for Livingstone and a former parlia­mentary candidate Vicki Kirby.

Before Naz Shah, there was Khadim Hussain, a Labour coun­cillor and former lord mayor of Bradford, who shared a Facebook post that complained “your school education system only tells you about Anne Frank and the 6 mil­lion Zionists that were killed by Hitler”.

This brings us back to Neuberg­er’s lament about Labour’s “par­ticular problem at the moment”.

The party is increasingly seen as the political home of Muslims and other minority groups in Britain. It has nine Muslim MPs, which is three times as many as in the gov­erning Conservative Party.

It is to be expected that Mus­lims, among others — within the Labour Party and outside it — would be critical of Israeli actions. Palestinian suffering appals many around the world but it features particularly strongly — in conver­sations, newspaper articles and street protests — throughout the Muslim world.

Western diplomats know this well. Consider the remarks of Jared Cohen, an adviser to two US secretaries of state: “Why do young people in Algeria, unem­ployed and living in poverty, tell me that their primary grievance in life is the fact that the Palestinians do not have a state? What makes 10,000 Indonesians march against violence in Gaza?”

The Palestinian issue remains an open wound for many around the world but it can be said to have a special significance for Muslims everywhere. That includes Muslim members of the British Labour Party. However, Muslim politicians in the West must be especially mindful that their championing of the Palestinian cause doesn’t tip over into anti-Semitism. Their comments on Israel will always be parsed for bias.

In Britain and other parts of Europe, there is urgent discussion of the need to increase Muslim participation in the political main­stream but as this comes to pass, there are certain to be more rows over anti-Semitism. It would be well to guard against this.