In 21st cent, politics, protest and story-telling as usual is no longer possible 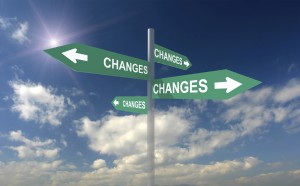 Politics as usual is no longer possible in the 21st century, The Economist recently wrote, referring to the technological virtual megaphone that people can now use to prevent being tuned out. Think Donald Trump. Ted Cruz. Bernie Sanders.

It reminded me of something Salman Rushdie once said told The Paris Review about the changing nature of fiction. (Click here for the full interview.) It’s becoming increasingly political, he said, because “the space between private life and public life has disappeared in our time. There used to be much more distance there.”

Jane Austen, he reminded us, could get away with “forgetting to mention the Napoleonic wars. The function of the British army in the novels of Jane Austen is to look cute at parties. It’s not because she’s ducking something, it’s that she can fully and profoundly explain the lives of her characters without a reference to the public sphere.”

But that, says Rushdie, is “no longer possible, and it’s not just because there’s a TV in the corner of every room. It’s because the events of the world have great bearing on our daily lives. Do we have a job or not? How much is our money worth? This is all determined by things outside of our control. It challenges Heraclitus’s idea that character is destiny. Sometimes your character is not your destiny. Sometimes a plane flying into a building is your destiny. The larger world gets into the story not because I want to write about politics, but because I want to write about people.”

Clearly, nothing is the same it was in the last century. Politics, protest, even story-telling.

Even perhaps the sentiment of plus ca change?