What? So India has graduated from poor-country club but won’t let go of aid? 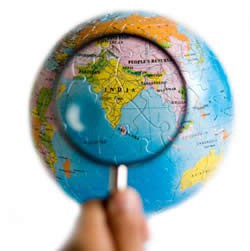 The other day I read about the extent to which India had graduated from the poor-country club — its per capita Gross National Income (GNI) has exceeded the World Bank (WB) threshold for receiving development assistance every year since 2010.

But before I could cheer the good news, I had to face the terrible reality of India’s reaction to this evolution, as described by development expert Mujobu Moyo in her Project Syndicate piece.

India, she indicated, was unwilling to let go of the help it no longer needed. This help, more specifically, comes in the form of the WB’s International Development Association (IDA) programme. Ms Moyo described the IDA as follows: It supports equitable growth in 77 poor countries by providing low-interest, long-term loans and grants to national governments.

Most of the countries helped by the IDA are worthy recipients. But, said Ms Moyo, India no longer needed that aid and it was wrong for it to “hang on to it for years”.

Her article offered detailed reasoning for her central argument. That India — which isn’t rich, but is rich enough not to be considered among the poorest — should give up the aid that might be better used to help others with greater need. She wrote that if India’s 2015 allocation were divided equally among the remaining IDA countries, “each would enjoy an average funding increase of more than 13 per cent.” And the top five Sub-Saharan African IDA borrowers — Ethiopia, Nigeria, Kenya, Tanzania, and Ghana — would receive roughly $0.5 billion more, or “enough to finance 2,166 kilometers of paved roads, the distance from South Africa to Zambia in just one year.”

Ms Moyo added that her argument was not about India per se. Zambia, Nigeria, Kenya, and Ghana are expected to graduate from the IDA programme as well some time soon, which is to say that their per capita GNI will be too high to qualify for international assistance. Ms Moyo said that the new less-poor countries (Zambia etc) “should be prepared to adhere to the same rules when they do.”

It’s a valid point. Sharing out a cake in a big family means there must be portion-control and self-control, kindness, goodness, charity and honesty.

In other words. Don’t take what you don’t need and give what you can to others.