“How to save free speech in our Cosmopolis from the chilling assassin’s veto?”

Timothy Garton Ash, Oxford professor of European Studies, should know. He’s written a book about how we can still talk freely “in a mixed up world where conventionally — because of mass migration and the internet — we are all becoming neighbours”.

In Garton Ash’s “cosmopolis”, a connected world that is the geographic and virtual global space, we need more and better free speech.

The book is titled ‘Free Speech: Ten Principles for a Connected World’ and is more important than ever in the age of what Garton Ash calls the “assassin’s veto” – ” — violence or the threat of violence as a response to free speech.

In a way, Thursday’s murder of British MP Jo Cox was the assassin’s veto. Ms Cox believed in an inclusive and multicultural Britain securely within the European Union. There are many for whom such views are not just anathema but a threat, a life-and-death choice that must be addressed with intimidation and violence.

So what does one in an age where the freedom to speak, tweet, blog, brainstorm is always fraught with the possibility one might suffer the consequences? As Garton Ash recently told Index on Censorship, the assassin’s veto is not just from jihadis. “While a lot of these threats do come from violent Islamists,” he said, “they also come from the Italian mafia, Hindu nationalists in India and many other groups”.

It’s worrying, he admits, but “we really have to hold the line”.

As well as (and this is crucial), highlight the corrosive wrongness of a belief that seeks to limit free speech.

How to do this?

Garton Ash suggests unscrambling it from a politically correct attempt to give it a moral equivalence with its opposite. Or, as Garton Ash says: “We respect the believer but not necessarily the content of the belief.”

This, says the professor, is the same point philosopher Stephen Darwall made when he distinguished between “recognition respect” and “appraisal respect”.

The first goes as follows: I unconditionally respect your full dignity, equal human dignity and rights as an individual, as a believer including your right to hold that belief. “But that doesn’t necessarily mean I have to give ‘appraisal respect’ to the content of your belief, which I may find to be, with some reason, incoherent nonsense,” says Garton Ash.

The best weapon against “incoherent nonsense” is knowledge, he adds. There should be no restrictions and no effort spared to spread the word. 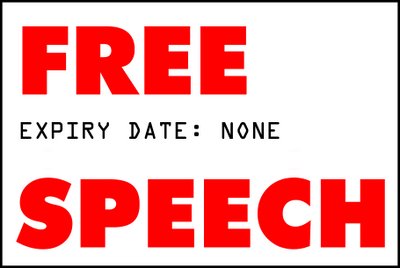