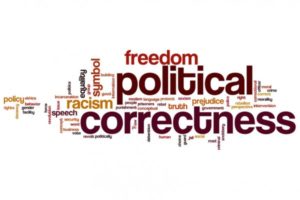 Are we nearing high noon of the global extended day of rage against political correctness?

In the past few years, politics in Europe and in the United States has generally seemed uglier and meaner. Far-right and anti-immigration parties with their ugly brutish rhetoric are gaining strength in Poland, Hungary, Austria, France, and Germany. Knuckle-duster commentary on immigrants, Muslims (and even fellow-Europeans) is apparent in the British campaign ahead of the June 23 Britain-EU referendum.

More specifically, there are the following disturbing developments:

So far, so ugly. But what, you might ask, does political correctness have to do with any of it?

It does have a great deal to do with the sense of ill-usage that is being stoked in some people about being forced to adhere to linguistic norms that respect individuals and community groups. White men over 50 in the US, for instance, are being told they are disadvantaged for being denied the right to call black people “niggers” and tell Mexican migrants they are rapists and drug-dealers. Are they disadvantaged?

To be rude to or about some one  is not a blow against political correctness; it’s just about being rude and socially disruptive.

The war on political correctness may be provoking people who might not have acted on their prejudice to strike out at others. Verbally and with physical violence. The Jo Cox murder may be a case in point.