The West should be addressing grievances behind attacks 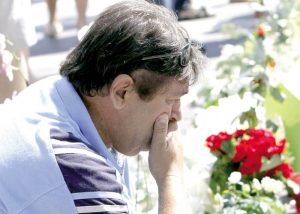 Can we be safe any­where anymore? Social media, pundits and politicians are in despair over the gruesome toll of the news, week by week.

An 18-year-old German- Iranian opened fire July 22nd at a shopping mall in Munich, killing at least nine people. It was the third attack on the streets of western Europe in eight days. A teenage refugee in Germany who claimed to be from Afghanistan attacked train passengers with an axe and knife four days earlier. On July 14th, a Tunisian national said to have psychological problems used a 19-tonne truck to mow down 84 people along a 2km stretch of the seafront in Nice, France. The extremist group that calls itself Islamic State (ISIS) opportunistically claimed the train and Nice attackers as foot soldiers and, in a sense, they were.

Reportedly self-radicalised, both the asylum seeker in Germany and the Tunisian Mohamed Lahouaiej Bouhlel in France could be described as having drafted themselves into ISIS’s invisible army of irregulars. Both died having moved the front line of the war on terror into Europe’s backyard — onto its beaches, picture postcard promenades, comfortable trains and city centres.

Both men’s legal presence in European countries, their ability and willingness to harm innocent strangers and their apparent late fascination with ISIS took the battlefield into Europe. Or as the old-fashioned and ill-spelt idiom goes, they “brought the mountain to Mahomet”.

The German media have described the sudden actions of the refugee — doubly despicable perhaps for being both murderous and ungrateful to his country of sanctuary — as the first ISIS attack on German soil. The French, who have suffered three major terrorist attacks in 18 months, dolefully admit they are in the line of fire. France, which has Europe’s largest Muslim population, bears an enormous responsibility. It must react decisively but also calibrate its response in a way that is just.

Does France have the heart for the fight? Does Europe? After the Nice massacre, there is a decided downturn in official bluster. Consider French Prime Minister Manuel Valls’s grim prescription: “Times have changed and we should learn to live with terrorism.” He went on to predict that “there will be more attacks… Other lives will be lost… Terrorism will be a part of our daily lives for a long time.”

Valls is not alone in gloomily preparing for a lifetime of pre-emptive pessimism. The Twitter community appears sad that it can no longer feel gut-wrenchingly sad about something that has become the new normal — terrorism’s bloody toll. After Nice, Facebook turned uncharacteristically down-hearted, unable even to muster the energy to change profile photos en masse to the Tricolore in solidarity with France. Newspaper columnists shook their heads at the collective agony of insecurity, unable to offer glib solutions.

Like children who have been abused every day, we seem to have cried ourselves dry. There have been too many funerals and the fear is that there will be many more. Lone-wolf attacks are on the rise and there seems to be no way to stop the perpetrators. Borders can’t keep them out — they are legally resident in European countries. Gun control and bans on explosives do not help; mundane tools can kill large numbers of people.

This is a devastating evolution of tactic and technique, turning the world into a scary global village where no one can ever expect to feel safe.

Indeed, the use of a truck in Nice points to a terrifying redefinition of the terrorist attack.

Bouhlel reduced it to “proto” form, the most basic construct to spread the maximum amount of terror. He remade the terrorist attack for the age of maximum security by forcing it to evolve downward. Once upon a time, terrorists used sophisticated technology. Now they can get better results with the magnificent simplicity of everyday instruments.

So, should we just accept this is the age of never-ending terror?

No. It is a time-bound extremist tactic, this so-called “strategy of a thousand cuts”. In 2008, Inspire, the English-language online magazine of the Yemen-based group al-Qaeda in the Arabian Peninsula, described the thousand-cuts concept as the perpetration of “smaller, but more frequent” attacks, driving up countries’ security costs and spreading a debilitating fear far and wide like mushroom spores borne on the wind.

This is why the call for enhanced security measures — more police, more weapons, more checks, more expense — is both foolish and self-defeating. Bouhlel’s truck rampage could never have been planned for.

How then to prevent other Bouhlels?

The West might do better to examine the tripod of grievances on which rests jihadist ideology: Western hypocrisy on human rights, as seen in nearly 70 years of Palestinian suffering; Western support for authoritarian regimes in the Muslim world; the 2003 invasion of Iraq and the subsequent abuse and disrespect of Iraqi prisoners.

Add to these the anguished disconnect that may be experienced by a European citizen/resident of non-European ethnicity, especially those of limited education and resources.

These issues are broad, wide and deep and not easily addressed. However, an honest reassessment of the Palestinian issue and a determined international move to secure justice for them may be the way to start the rebalancing process. The tripod of grievances would destabilise without that particular leg on which to stand. 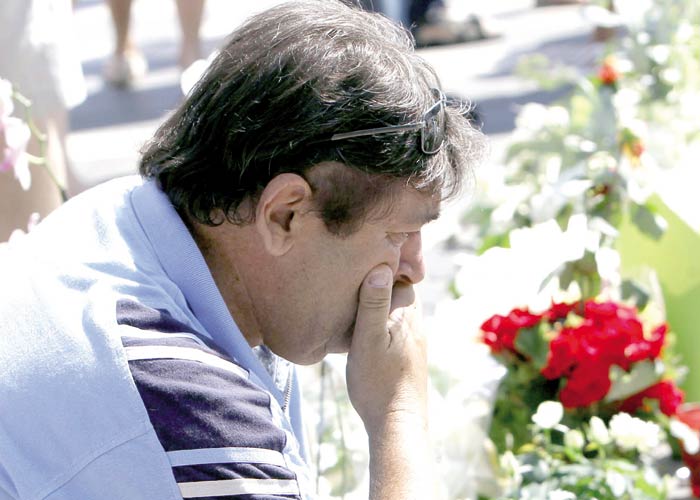