The world since last Wednesday. Do you feel events have speeded up in 2016? 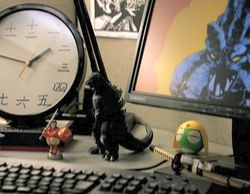 It may seem as if a lot of significant things are happening very fast but Princeton historian David A. Bell believes that 2016 “so far has been less ‘interesting’ than 1989, and, for that matter, than 1991.”

Professor Bell should know. His particular interest is the political culture of the Old Regime and the French Revolution. Those really were the best of times and the worst of times and a lot happened in a very short span of time.

As Professor Bell notes, that period of “temporal acceleration” prompted French writer Chateaubriand to comment on how time flies. During the quarter-century of the French Revolution and Napoleonic regime, many centuries elapsed, Chateaubriand said, or words to that effect. That quote, the Professor says, is real, unlike a similar one attributed to Lenin (There are decades where nothing happens, and weeks where decades happen).

This year has felt as if it’s one those “weeks where decades happen”. One can be forgiven for feeling as if there is a terrifying acceleration of events right now, that big chunks of history are simply hurtling past us every day and that there is no time to ponder, plan and read the implications correctly.

Consider some of the events of the last five weeks:

Even Professor Bell says that things could get more heated still. He writes that “2016 is barely half-done” and the cascade of events could speed up even further, mostly because disruption can beget disruption, imitation and the exploitation of opportunities because governments and global attention may be distracted.

One can only hope this doesn’t happen but no one’s betting on it. 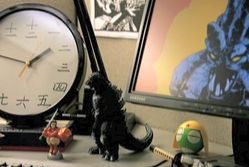