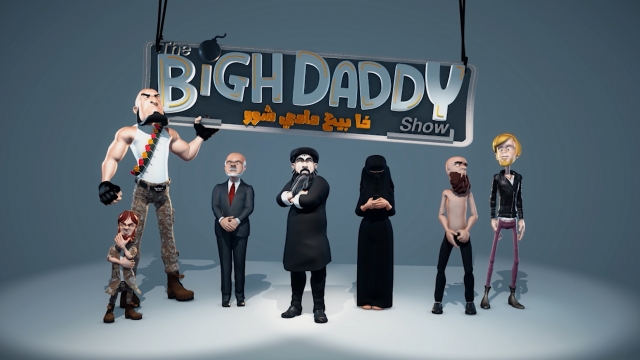 Click here for The Bighdaddy show, a collection of short videos satirising the so-called Islamic State and named after its self-styled caliph Abu Bakr Al Baghdadi. In one episode, the protagonist warns: “Don’t forget to like, share and comment or else I swear to God I’ll execute you all”.

It goes without saying that’s a funny line. But the dark humour also underlines the dangers of fighting a brutally unfunny extremist group with principles of laughology premised on a few basic facts. These are as follows:

Of course, there are grave dangers in pointing out that someone (or something) meant to be frightening is simply ridiculous – and no more than that. Ridicule is the ultimate takedown. The total unmanning of the strong manly presence. This is why The Bighdaddy show’s creators have remained anonymous and there are only vague suggestions about who they are: a consortium of conscience-ridden volunteer lawyers, journalists, graphic designers.

Are the dangers overstated?

American satirist P.J.O. Rourke once put humorists’ work into context. He was asked if satirists can correct the world of politics, topple dictators, and right all wrongs or whether humor was simply “our best human defense against the injustices of life, a medication but not a cure?”

Mr O’Rourke said it was probably just “a way of blowing off steam…I don’t think any lone humorist can ridicule someone out of office or a system out of an establishment.”

It falls, he said, to a system or person to make themselves ridiculous. That’s when they do themselves out of a job.

That’s not the case with ISIS right now. They’re seen as dangerous but not ridiculous. Not yet.