The heart of Europe bleeds. What can it do? 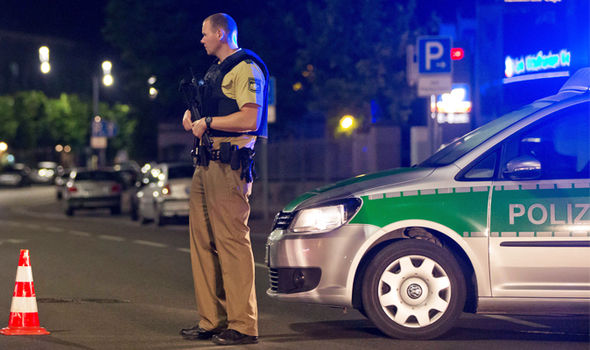 The heart of Europe — France and Germany — has bled almost every other day since mid-July as a conse­quence of terrifying acts of violence and it may be tempting to see them as con­nected parts that form a whole.

Contrary to how they may appear, the attacks are not linked, except possibly in this way — they are clustered together timewise, which can happen when a series of similar incidents creates a vicious spiral.

Consider the cascade of events.

On July 26th, a Catholic priest’s neck was slit in a church in northern France and the knife-wielding jihadist assailants were “neutralised” by police. On July 24th, two Syrian refugees in southern Germany starred briefly and separately in their own moments of infamy — one hacked a woman to death with a machete and was arrested in Reutlingen. Another swore allegiance to the extremist group Islamic State (ISIS) and set off a suicide bomb outside a concert in Ansbach.

On July 22nd, a German-born and -bred teenager of Iranian ethnicity shot dead nine people in Munich before turning the gun on himself. On July 18th, an adolescent Afghan who had been granted asylum in Germany two years ago hacked at train passengers in Wurzburg with an axe and a knife. He was shot dead.

That list is a rundown of what happened. It does not explain anything.

France, which has suffered three major jihadist attacks in 18 months, has its own particular security problems (as does Belgium) because of its marginalised communities of second- and third-generation youths of North African ethnicity who fall into petty crime and may turn to greater acts of violent daring.

Germany is different. It is notable that its huge Turkish Muslim population is not waging war on the German state. It is equally important to recognise that the four attacks in southern Germany do not reveal a consistent pattern. The authorities, with customary efficiency, have been at pains to stress this point.

The perpetrators intersect at different points of multiple Venn diagrams. Three — the Munich mass murderer, Ansbach suicide bomber and Reutlingen machete attacker — had a history of mental illness. A different trio — the Wurzburg train attacker, Ansbach bomber and Reutlingen killer — entered Germany as refugees a few years ago. Two — the Afghan on the Wurzburg train and Syrian in Ansbach — declared allegiance to ISIS. All four share one characteristic: They were not Caucasian.

The Munich mass murderer, in fact, should not belong on any list of foreign-perpetrated jihadist attackers. He was German, albeit of Iranian descent, and unhealthily obsessed with school shootings rather than holy war. And yet, the truth is that the lad will always be lumped with the others because he’s not of German origin.

The others will be lumped together as ungrateful and murderous refugees who illustrate the dangerous consequences of German Chancellor Angela Merkel’s open-door humanitarian policy for Syrians in 2015. This point will be made even though all three perpetrators sought refuge in Germany long before.

The attacks will focus renewed attention on the tangled issue of borders, controls and human migration. Who should a country allow to enter? How many foreigners can it take? Why, when and how? Expect an intense — and occasionally irate — debate on these questions in the run-up to next year’s German federal election.

Germany is entitled to be deeply troubled. It took in roughly 1 million mainly Syrian refugees last year and the attacks prompt fears about newly radicalised individuals abroad in the land. Cue the train attacker’s video warning of further attacks “in every village, city and airport”.

This has to be chilling for a country that set out to welcome Syria’s harried and dispossessed as warmly as it could. For seven months, the German attitude to refugees has grown steadily cooler. This is largely because of New Year’s Eve reports of women being sexually harassed by men of North African appearance in Cologne and other cities.

Then came the train attack, machete strike and suicide bomb. As Daniel Koehler, director of Germany’s Institute on Radicalisation and De-radicalisation Studies, puts it, refugees could effectively be seen as “human weapons”. Especially if they are young and likely to have faced the usual difficulties with adjustment to and acceptance into their adopted country.

An ISIS recruitment handbook seeks to exploit this disaffection and advises sympathisers to target such young adults, potentially turning refugees and second- and third-generation immigrants into walking time bombs.

So, what on Earth is Germany to do? It is impossible to unscramble the omelette, extract every refugee and dispatch them to some camp in Turkey, Jordan or Lebanon along with appropriate compensation.

In the short term, European governments might do well to focus on mentally unstable individuals. Before Ramadan, ISIS called for indiscriminate lone-wolf attacks in countries that were part of the US-led coalition fighting the group in Iraq and Syria. That exhortation appears to have triggered a deadly response among psychologically disturbed people, not least the Tunisian truck attacker in Nice.

But Germany should also multiply manifold its attempts to integrate refugees. The anti-immigrant and Islamophobic strands of German society will inevitably portray this as liberalism gone mad. Integration initiatives do not come cheap, are guaranteed to be slow and there is always the risk of some failures.

Indeed, it may sound odd to suggest greater outlay on people some Germans might fear will kill them one day. It may sound odd to prescribe more love in the face of unreasoning hate but that is the only solution.

If for no other reason than self-preservation.