Trump may not have dared question Khans’ grief had their name been Kahn. Or Kuhn 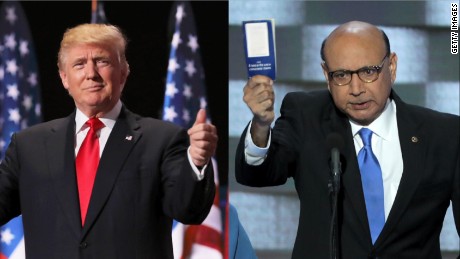 This piece is for everyone wondering (and the many who may be hoping) Donald Trump has finally gone beyond the pale and that his supporters will reject him for his harsh, ethnically and religiously charged criticism of the Khans.

After all, as the argument goes, the Khans are a Gold Star family, ie one whose son died in the service of America and on whom the US military conferred a special award in recognition of their sacrifice for the country. Surely, the argument continues, all right-thinking Americans will be disgusted that Mr Trump could have dared to question the eloquence of the Khans’ grief-stricken words and challenged their “right” to criticise him.

Here’s the truth. First, Mr Trump would probably never have dared to behave the way he did had the Khan family’s name been Kahn. Or Kuhn.

Second, Mr Trump’s supporters will remain rock-solid right behind him. All right-thinking Americans will not be so disgusted they will turn away from Mr Trump.

For, many people really do believe the following:

There’s also another key reason to suspect that Mr Trump’s fan following will stand proudly by their man. Late on Sunday (July 31), many Trump supporters, including the Republican nominee’s longtime garbage-dispersal agent Roger Stone, were circulating unsubstantiated accusations about Khizr Khan, the lawyer father of dead soldier Humayun Khan. It was from an Islamophobic website and accused Mr Khan of being a “Muslim Brotherhood agent who wants to advance sharia law.”

That’s the level of the gutter-sweep engaged in by Roger Stone and his like.

Some believe that Mr Trump will now, finally suffer, 99 days to the general election, for having transgressed one of America’s biggest traditional belief systems – respect for those who serve and for their families.

Perhaps. Perhaps, he will lose the November 8 election. But don’t bet on it. And don’t bet on his core supporters deserting him in droves. They will stick by him as they have done all along, even when he mocked a disabled reporter; slagged off women and politicized an ongoing court case by questioning the judiciousness of an ethnic Hispanic US-born judge.

Each time this happened, most Trump supporters’ initial interest in their candidate’s controversial comments quickly faded. And they stood solidly by the man they regard as champion of the ‘speak-for-me’ school. This mindset is fed up with what it regards as elite-driven political correctness by the media and political establishment.

Don’t expect anything to be different this time round. 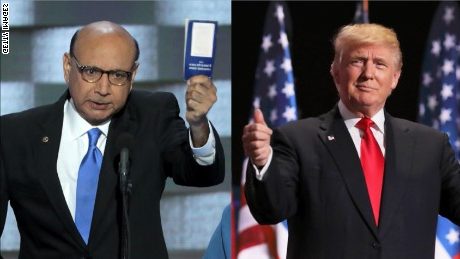