America needs a strong third-party alternative. Built from the bottom-up, not top-down 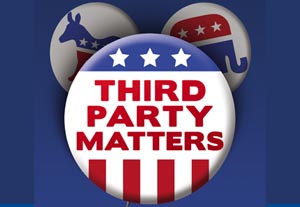 Many Americans would probably agree with Nina Turner, an African-American former Ohio state senator who was one of Bernie Sanders’s most passionate surrogates, that the US needs more than two viable political parties.

That the Republican Party (or the ghost of it post-Trump) and the Democratic Party (progressive but not radical enough) don’t offer something to everyone.

That the democratic deficit grows when it’s hard for voters to find a political home, a cause (and a party) to support and a reason to turn out on election day and cast their ballot.

Ms Turner, who has been offered the chance to run as the Green Party’s vice-presidential nominee, said after the Democratic National Convention: “A third party might not be bad for this country. Let’s shake it up. We’ve had more than two parties over the history of our country.”

She’s right. And she’s right to say this as a self-confessed “lifelong Democrat” who wants to “see the Democratic Party to live up to its principles.”

I could not agree with Ms Turner more.

However, I’m not so sure that the third-party movement in America should be built top-down rather than bottom-up.

Running for president – Jill Stein of the Greens, Gary Johnson of the Libertarians – may be marginally more high-profile than the grunt work of down-ballot races. But let’s face it, right now, third party candidates merely play the role of spoiler, not a serious political point of view.