Tunisia’s new direction is anything but clear

Like an insect caught in amber, Tunisia is a country trapped in a slogan and its newest political theatre seems to be of a piece with that permanently aspirational status. On Sunday, the birthplace of the Arab Spring removed its prime minister by means of a parliamentary vote, hailing the process as a political first for the country and the region. Tunisian politicians and constitutional experts quickly chalked up another successful score in the “test of democracy” and stressed Tunisia’s importance as a role model for the Arab world.

The claims are self-regarding but true enough, at least in terms of Habib Essid’s orderly removal and the impeccable civility that marked the event. Parliamentarians lavished praise on Mr Essid, giving him a standing ovation even as they sacked him. And despite the fierce criticism of his 18-month-old government, the outgoing prime minister displayed imperturbable good humour, even praising the robust debate as a consecration of Tunisia’s nascent democracy.

So, two cheers for democracy, as E M Forster said. One because it admits variety and two because it permits criticism. The first is assured. The new prime minister will be the seventh since the 2011 fall of dictator Zine El Abidine Ben Ali, and Beji Caid Essebsi, post-revolution Tunisia’s first democratically elected president, has less than a week to find him. There is a growing tendency to see the drama of democratic ways and means as an end in itself, however directionless and futile.

However, the vote of no confidence in Mr Essid is a mark of continuing instability rather than democratic strength six years after the Jasmine Revolution. The parliamentary rebuke to Mr Essid, a technocrat nominated to his post by Mr Essebsi’s Nidaa Tounes party, is a dismal indicator of divisions within the ruling party rather than a welcome push in a new direction. Tunisia is struggling to do several things at once – attract foreign investment, provide jobs and opportunities to young people, fight terrorism and secure its border with Libya – and it badly needs stable governance focused on reform and continuity. It’s unclear how a change of government will help at this juncture.

Mr Essid may not have been the solution to Tunisia’s problems but neither was he the reason for them. What difference might his summary dismissal make to the country’s prospects? There is little clarity other than Mr Essebsi’s declared objective that the next step is a government of national unity. He proposed the idea in June and managed to secure agreement from all the major political parties and trade unions a month later. This would be heartening if it represented a viable consensus on the agenda for government and a clear timeline for action. Instead, the deal struck between Mr Essebsi and the other players made only broad reference to themes such as fighting terrorism and corruption, increased development, youth employment and administrative reform.

It’s unclear how the unity government would work towards even these vague aspirations. The risk is that Mr Essebsi’s insistence on a united plan for governance will lead to sclerosis rather than glorious harmony around the tough decisions urgently waiting to be made. A watching world fears a period of prolonged dithering, both economically and politically, with weeks of negotiations lengthening into months of impasse.

Meanwhile, there is growing wariness about the dynastic ambitions of members of the president’s family. Earlier this year, Mr Essebsi’s son Hafedh made a controversial bid for greater prominence within the party and government, triggering accusations of cronyism and nepotism and leading to a damaging split that reduced Nidaa Tounes to second place in the legislature. Hafedh, who assumed control of the party nevertheless, has been critical of Mr Essid, adding to the impression of an ouster forced through for short-sighted and politically expedient reasons.

What might this mean for Tunisia in the long term? For now, it can take some comfort in the fact that it has kept to democratic procedures rather than allow its historic uprising to degenerate into conflict or a coup as happened elsewhere in the Arab world. But what use are democratic processes if they fail to produce the results expected by the people – namely greater investment in human capital, the promotion of competition and innovation, and the building of responsive institutions?

In Tunisia’s case, there is little democratic dividend other than the process of orderly governmental change. The new prime minister is expected to have an altered role. Ministerial portfolios will also change, as will the structure of government. But that may solve nothing, least of all Tunisia’s lengthening list of pressing problems. These include a soaring public wage bill forced on the country by its trade unions, a system of crony capitalism that prevents investment and economic growth, and pervasive corruption and onerous regulation that inhibit entrepreneurship. The World Bank’s spring economic report recorded GDP growth of just 0.8 per cent last year and the contraction or stagnation of most sectors of the economy not least chemical industries, oil refining and non-manufacturing industries. Unemployment remains high at 15 per cent. A sense of discontent hangs like a pall.

In the midst of all this, what does changing prime ministers matter, even if by a democratic parliamentary mechanism? There can never be too much democracy but an excess of democratic posturing is not the answer either. 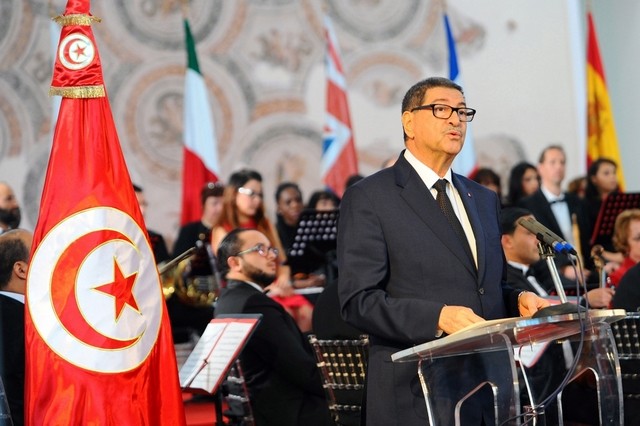