Balochistan is the latest front in the war of words

India and Pakistan have entered the 70th year of their existence as independent countries, arguing about the same issue they always have — Kashmir — but in a dangerously new way.

Another point of conflict has opened up between the nuclear-armed neighbours. To Pakistan’s constant complaints about Indian atrocities in the disputed territory of Kashmir, India’s Narendra Modi has explicitly and unprecedentedly tacked on Balochistan. It is the largest but least developed of Pakistan’s provinces, where the Pakistani army has long fought an insurgency and been accused of human rights violations.

Last week, Mr Modi publicly joined Pakistan’s detractors on Balochistan. “The time has come,” he declared, “when Pakistan shall have to answer to the world for the atrocities committed by it against people in Balochistan.” In his subsequent Independence dDay speech, a grand ritual enacted every August 15 by every Indian prime minister at Delhi’s historic Red Fort, Mr Modi once again mentioned the suffering people of Balochistan.

Soon enough, his Pakistani counterpart, Nawaz Sharif, hit back. “The world needs to take stock of the latest brutalities against unarmed innocent Kashmiri people who are heavily sacrificing for attainment of their inalienable right to freedom,” Mr Sharif said on Tuesday.

The cross-border jabs were not the usual sparring between mid-level Indian and Pakistani officials or even between senior cabinet ministers. They were grievous uppercuts, delivered by the top guys in the ring. A whole new game is suddenly in play on the sub-continent.

It looks to be a long and ugly one, a cynical exercise that Pakistani social scientist Ayesha Siddiqa describes as chiefly meant to “cover up one’s own atrocities by highlighting the brutality of the other”. Neither side can win, or at least not in any honourable way. Both parties are likely to be diminished, India perhaps more so than Pakistan.

To understand why, it’s worth scrabbling about in that great dust heap called history. Kashmir and Balochistan are vastly different issues. Kashmir is contested by India and Pakistan and is the United Nations’ oldest unresolved international conflict. Balochistan’s restiveness dates back to its accession in 1948 to the newly formed state of Pakistan. Baloch nationalists say their ruler, the Khan of Kalat, was coerced into accession by Pakistan’s founder Mohammed Ali Jinnah, but these claims are disputed. In any case, Balochistan is a purely Pakistani headache, and while its separatists may offer multiple, fragmented ideas for its future, none of these involve union with India or with any other country.

Kashmir and Balochistan are also very different in the way they’ve been handled by India and Pakistan all these years.

Until Mr Modi’s unusual decision to mention it from the symbolically significant ramparts of the Red Fort, India shied away from public mention of Balochistan and any suggestion of active support for the insurgency. Pakistan, meanwhile, often responded to Indian allegations that it supported cross-border terrorism in Kashmir with tit-for-tat claims that India supported Baloch nationalists.

India has always been sanctimonious about the sorry business of bad neighbours who foment trouble for others. And yet, now it has publicly changed course on Balochistan. Why?

Rather than a sudden sympathetic awakening to the plight of the Balochi people, it’s thought to be a strategic calculation because of the protests underway in Indian-administered Kashmir and the heavily criticised violent response of the Indian security forces.

The protests began in early July, after a deceptively peaceful decade of relative stability in the Kashmir Valley. They started with the death of a young separatist, Burhan Wani, at the hands of Indian soldiers. In the weeks since, Indian agencies have been accused of using disproportionate force, not least pellet guns, which they claim “minimise injuries” while instituting crowd control. But dozens of innocent young Kashmiri bystanders have sustained horrific wounds from the pellets. Many have been blinded. Social media on both sides of the border is alight with outrage at photographs of babies and adolescent girls, their faces riddled with pellets, eyes swollen and unseeing.

The Indian state has not apologised. It stands accused of treating Kashmir’s civilian population as a whole as terrorists, but Mr Modi’s government continues to reject calls for dialogue and dismisses suggestions that India understand the grievances of the Kashmiri people in their totality. The Indian establishment repeats its mantra that the protests are the result of Pakistan-fomented “terrorism”. And the tough talk is now newly larded with references to Balochistan, which may be a grave and portentous development.

It’s thought the Indian prime minister wants to distract attention from the reality of India’s gross mishandling of Kashmir. There are fears that India will talk longer and louder about Pakistani transgressions in Balochistan even as it cracks down harder on the Kashmiris. And that Pakistan will turn up the volume on its accusations of Indian brutality in Kashmir, while it comes down heavy on the Balochis. The aspirations of both Balochis and Kashmiris will get drowned out in the cacophony.

Except for the neo-conservatives among them, Indian and Pakistani commentators alike have largely denounced the cynical linking of Kashmir and Balochistan. It is reductive, they say, to answer allegations of Indian callousness in Kashmir with examples of Pakistani brutality against its own people.

This is dispiriting but true. Where can this downward spiral go but to the very bottom? As Mahatma Gandhi said, an eye for an eye only ends up making the whole world blind. 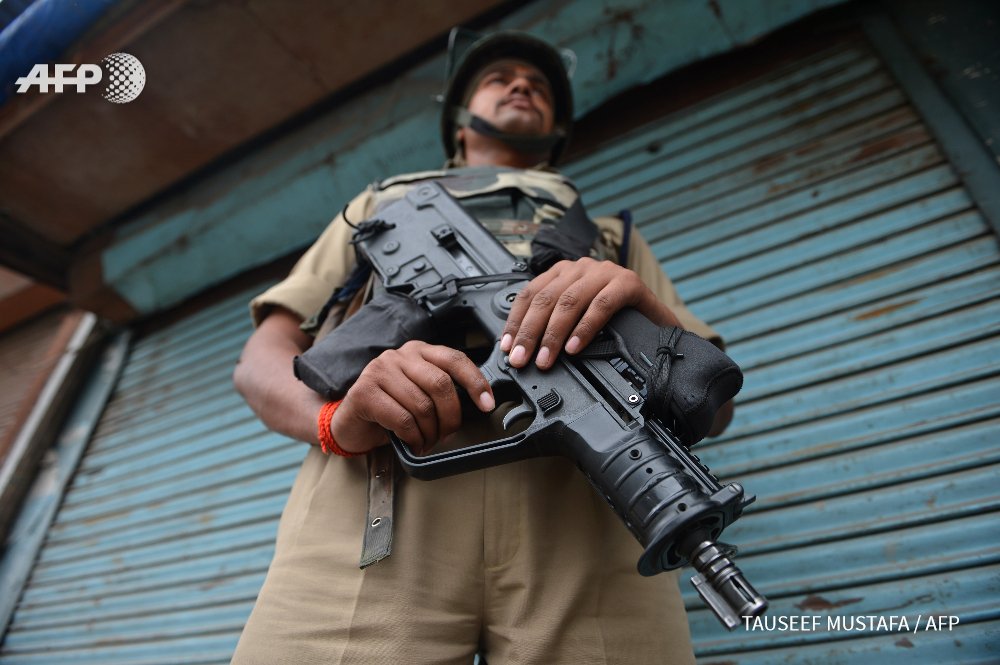