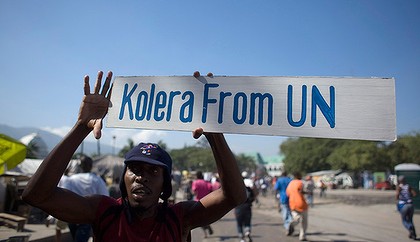 I was in Haiti in February 2013, when the United Nations took the unusual decision to invoke legal immunity as a way of dealing with claims for compensation from 5,000 victims of the Haiti cholera epidemic.

Click here for the story I wrote for The Guardian at the time.

It was a straight up-and-down report on the worst outbreak of cholera in modern times and the outrage and anguish felt by Haitians about the way the UN was simply dismissing their search for justice.

I still remember the pain in Mario Joseph’s voice as we discussed the news from New York. Mr Joseph is the lead counsel for the 5,000 victims on whose behalf the lawsuit was filed against the UN by a group of lawyers called the Institute for Justice and Democracy in Haiti (IJDH). “The United Nations can’t have humanity and impunity at the same time,” Mr Joseph told me.

And Nicole Philips of the IJDH put Haiti’s suffering in perspective. Almost three times as many people had died in the continuing crisis as in the terrorist attacks of 9/11, she said.

Mario and Nicole were absolutely right and now, it seems, the UN is finally and belatedly willing at least to accept that it played a role in the cholera outbreak in Haiti. Apparently NYU law professor Philip Alston, who’s a UN special rapporteur on extreme poverty and human rights, has written a report that is fairly critical of the way the UN conducted itself in the aftermath of the cholera outbreak. Mr Alston has apparently described the UN’s stance on the cholera epidemic as “morally unconscionable, legally indefensible and politically self-defeating”. His report may be published next month and will be presented by UN secretary general Ban Ki-moon at the General Assembly in October. Mr Ban’s spokesman is quoted by The Washington Post to “welcome this vital report”.

So far, so good. But what happens next? Not a lot, at least if the UN can manage it. It seems in no mood to put its money where its mouth is. The Post report also quotes an unidentified UN spokesman saying that its legal position “had not changed” and that it was working to “figure out how to resolve” questions of its responsibility in the outbreak.

It is with profound sadness that I have to say that Guardian report I wrote in February 2013 still seems valid. 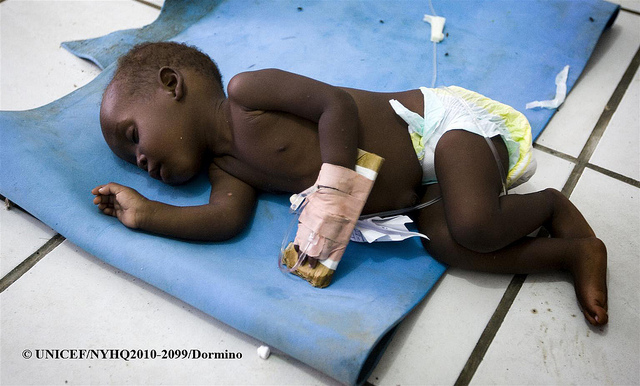