Burqini battles are a pointless skirmish 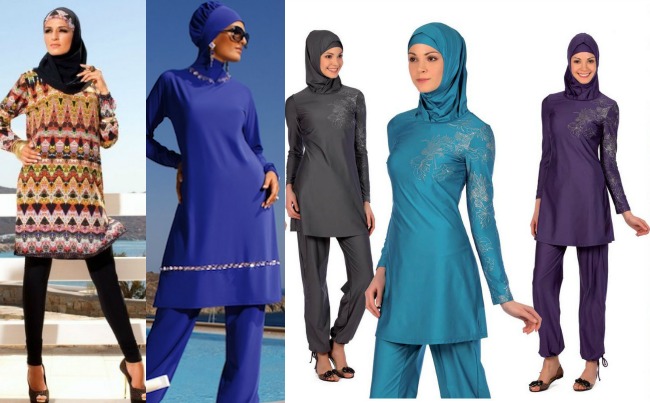 What does banning the burqini in Cannes and Villeneuve- Loubet, two resorts on the French Riviera, accomplish? It is complicated, in the words of one of the Facebook options available to signify an individu­al’s relationship status.

It is not clear exactly how the burqini figured as a threat to the public peace but perhaps it is seen as disturbing in as small a place as Sisco. In 2008, Sisco had a listed popula­tion of just less than 1,000, spread across less than 25 sq. km. So Sisco’s burqini ban may accomplish a very real purpose. It keeps the peace and it promotes communal harmony.

How about in Villeneuve-Loubet and Cannes?

There, the ban has ornamental value, embellishing France’s proud boast of strict secularism or laïcité. But Ville­neuve-Loubet Mayor Lionnel Luca has also explained the benefits of the burqini ban as follows: It is unhygienic to swim “fully dressed”.

That makes sense in the French context. Remember, this is a country with a very decided opinion on what constitutes sanitary swimwear, one that even enacted a ban on Bermuda shorts in public pools as far back as 1903. France has long believed that male swimmers should wear Speedo-style bathing suits rather than bigger, more voluminous ones that might be unblushingly sported elsewhere at some point in the day. By that token, the even longer burqini is a bigger health hazard in a public pool.

But back to the other reason offered by the mayors of Cannes and Villeneuve-Loubet. They have said that burqinis are “ostentatious” displays of “religious conviction” and such beachwear is “unwelcome” at a time France faces terrorist threats.

The meaning is clear. The burqini is exhibitionist religios­ity, a manifestation of Islamism that Tufail Ahmad of Washing­ton’s Middle East Media Research Institute describes as separatist.

A burqini ban is not meant as a hardcore security measure. How could it be? Instead, it is subtly reassuring, signalling that some of France’s most popular beaches are safe spaces and that the culture and tradition of the idyllic August holiday is both precious and protected.

There are two problems with such a clothing ban in the aftermath of terrorist attacks.

First, it is pretty pointless in real terms because banning the burqini does not make France any safer and may, in fact, negatively affect social cohesion. In 2004, France banned “conspicuous” religious symbols, including the Muslim headscarf, from public institutions. In 2010, it became one of the first European coun­tries to pursue a ban on the niqab, prohibiting the full-face covering in public places, and the body-enveloping burqa, too, if it veiled the face.

Even at the time, France’s Interior Ministry admitted that the niqab was worn by fewer than 2,000 women in the country. There is nothing to indicate that the niqab and burqa ban had any positive effect on hard-line Muslim opinion. There are no estimates for burqini wearers in France but the chances are they are pretty low.

The burqini is not enjoined as a duty upon Muslim women and wearing it neither signals chaste observance of faith nor an allegiance to extremist thinking. In that sense, banning the burqini means nothing very much at all other than to reassert the republic’s commitment to its secular identity.

But it does provoke another problem. Irrespective of the fact that France has previously also prohibited the skintight full-body suit called the Zentai, the burqini ban opens it to the charge of illiberalism, of curbing freedom of religious expression and of imposing a Western interpretation of culture on everyone regardless of their values.

The French have long insisted on keeping religious expression private, arguing that the law prohibiting the niqab, burqa (and Zentai) was based on “a certain idea of living together”. In July 2014, this was upheld by the European Court of Human Rights.

Now comes the burqini battle. The Collective Against Islamo­phobia in France has legally challenged the ban but there is something to be said for gracious acceptance of it by France’s 5 million Muslims. If not in full agreement, then in prudent recognition of the ugly domestic and international storm gusting around them and their co-reli­gionists. 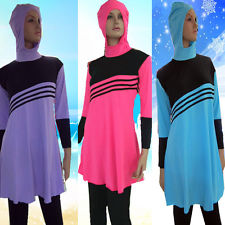