Stephen King predicted Hillary Clinton would be president, but in conterfactual fiction 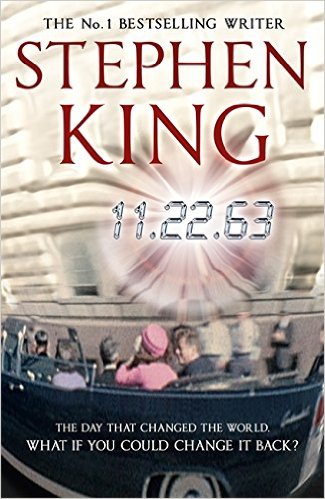 Look, I’m not saying the bestselling author was prescient. Or particularly wanted an HRC stint in the Oval Office back in 2011, when he wrote this book. Stephen King is a staunch Democrat, a great supporter of Barack Obama, and a confirmed liberal. That does not necessarily make him a fan of Hillary Clinton.

Even so, it’s a curious feeling to read the following passage in ‘11.22.63’, Mr King’s absolutely phenomenal novel about a time traveler who attempts to prevent the assassination of President John F. Kennedy, which occurred on November 22, 1963:

“…Maine voted to become a part of Canada and President Clinton was happy to say good riddance.”

“Gosh, no. He was a shoo-in for the ’04 nomination but he died of a heart attack at the convention. His wife stepped in. She’s president.”

Harry waggled his hand. “Not bad…but you can’t legislate earthquakes. And that’s what’s going to do for us, in the end.”

(I was re-reading the book last night and noted the reference to President Hillary Clinton. Click here for the blog I wrote after my first read of ‘11.22.63’. Incidentally, the book became a TV series on Hulu earlier this year.)

Anyway, the conversation recounted above is between Jake Epping, the main protagonist, and Harry Dunning. Harry is giving Jake a thumbnail sketch of the history of the world between 1963 and 2011 AFTER Jake has travelled back into the past and prevented JFK’s assassination, setting off the butterfly effect.

(The butterfly effect, of course, being the theory that a small change to something can have a big effect somewhere else a world away. The late American mathematician and meteorologist Edward Lorenz coined the term to explain that the timing and location of a hurricane could be influenced by something so minor as the flapping of the wings of a butterfly somewhere, a few weeks before.)

Epping is a 21st century schoolteacher who lives in Lisbon Falls, Maine and travels to the world of half-a-century ago through a time portal. He goes for two reasons. He wants to prevent Harry’s alcoholic father from murdering his mother and siblings with a hammer and injuring Harry, causing him brain damage. And he wants to prevent JFK from being killed by Lee Harvey Oswald. In accomplishing both, he changes the future. One in which Bill Clinton dies without becoming president but his wife does so in his place. (Mr Clinton, it may be recalled, ran for president in 1991.)

But that version of reality doesn’t really happen.

The book ends with Jake ultimately changing nothing of the past – not the murderous attack on Harry’s family, not JFK’s assassination and presumably therefore, not Bill Clinton’s premature demise without becoming president. Clearly, the HRC presidency that King mentions in the paragraph above is one that never happened.

Or perhaps it might have happened in an alternative reality? Does that mean it won’t happen in 2016?

It may be best not to parse counter-factual fiction for prescience? 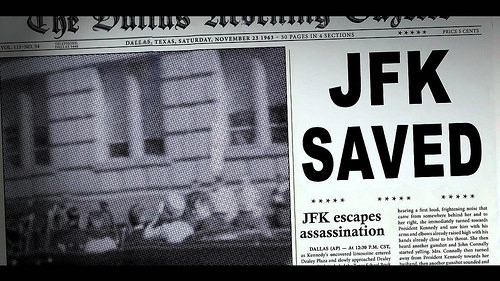