The politically shrewd option for French and German Muslims 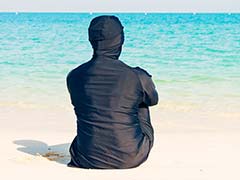 If they know what is good for them, German Muslims should be stoutly, if silently, supporting the partial burqa ban announced by Chancellor Angela Merkel’s government. And French Muslims should be agreeing, even if only sotto voce, with Jean-Pierre Chevènement’s call for “discretion” in public spaces “at this difficult time”.

Chevènement, a former Interior minister, has been appointed head of the Foundation of French Islam. The organisation, created to better integrate France’s Muslim population, is to oversee aspects of mosque operations, including domestic financing and imam training. It is likely to be an influential body.

There is a simple reason to support Merkel’s partial burqa ban and heed advice. The political alternative may be terrible, in both Germany and France.

Germany is facing elections and the governing Union parties coalition of the Christian Democratic Union of Germany (CDU) and the Christian Social Union in Bavaria (CSU) is under enormous pressure, at least partly on account of Merkel’s generous open-door policy towards refugees.

Polls indicate unexpected support for the anti-immigrant Alternative for Germany (AfD) party. The AfD is particularly strong in Merkel’s home state Mecklenburg-Vorpommern. There has also been a spike in support for the far-right ultranationalist National Democratic Party of Germany.

In France, the election season has all but begun and it is probably reasonable to expect the rhetoric to be overblown, if not full of downright outrageous untruths till May 7th, when the last vote is cast. As that astute diplomat and politician Otto von Bismarck once said: “People never lie so much as after a hunt, during a war or before an election.”

President François Hollande’s Socialist Party is in disarray and it is expected that the centre-right opposition party, the Republicans, will be locked in battle with Marine Le Pen’s far-right National Front. No one is saying that Le Pen actually has a chance of winning but her party looks likely to emerge as France’s second largest. If that happens, life and political rhetoric are likely to get a lot tougher for those who choose to be conspicuously different from the usual formula of French culture and values.

The electoral process technically begins in November with a first for France — US-style primaries for the Republicans to choose its presidential nominee. Just as with the American primaries, the 12 candidates make for a crowded field and they will probably seek to attract attention and votes with stump speeches that address the fear that comes with repeated terrorist attacks on French soil and the notion that second-generation immigrants are a security threat.

In Germany, the ruling coalition has to continually bat aside the far right’s attempts to play politics with the truth and cast refugees as human terrorist bombs. It also has to offer some sign that it understands the electorate’s concerns. That is where the partial burqa ban comes in, as well as plans announced by Interior Minister Thomas de Maiziere to strip dual-nationals of German citizenship if they fight for militant Islamist groups abroad.

It is a given that both the German and French elections will focus heavily on immigration and security issues. Consider the way former president Nicolas Sarkozy, leader of the Republicans, was talking even before he declared his candidature for his party’s presidential nomination. He spoke of a “battle” that he had “the strength to lead at a tormented time in our history”.

In an obvious attempt to court voters tempted by the National Front’s hard-line posture, innuendo and flame-throwing, Sarkozy has been raising hot-button issues of national identity, calling for new toughness on immigration, a crackdown on suspected Islamists and blaming “cowardly leaders” for the erosion of French culture and its secular identity.

Former prime minister Alain Juppé is likely to be his main rival in the Republicans’ presidential primaries and Sarkozy’s tough talk may help him.

It is a political truth, universally acknowledged, that those who rule as well as those who seek to replace them must be seen to be doing something.

Both in Germany and France, mainstream politicians need to be able to soothe public opinion and reassure voters to leave the far right less space to grow.

It would be a politically astute step for German and French Muslims to recognise this. Accepting that there are political compulsions for Germany’s partial burqa ban and France’s attempts to regulate its mosques, beachwear and suchlike would be a shrewd move, not an act of cowardice. It would ward off the truly terrible prospect for Muslims in either country of the far right increasing its influence.