US presidential elections go on so long they’re a crying shame. Literally

A Boston Globe columnist has been reminding Americans why the presidential election is a crying shame. Just days before the 2012 election, wrote Jeff Jacoby, there was that YouTube video of a four-year-old girl crying piteously over the constant stories about “Bronco Bamma and Mitt Romney”. The 21-second video went viral, and was viewed more than 17.2 million times.

I remember it well. I was in the States at the time.

It’s true, as Jacoby says, a US presidential election is “grueling” on account of its “despair-inducing length”.

Right too to ask “why do we do this to ourselves?”

Let’s think about that question. Why does the US have such an intolerably prolonged election campaign? Does a two-year period of running for the highest office in the land really help the electorate understand what they’re getting?

Canada’s election for its head of government is under three months; Mexico’s is five and the UK is one-and-a-half months.

Should American presidential hopefuls be required formally to kick off their campaigns 20 months before Election Day? Should the candidates really be required to air ads eight months before the first vote is cast in the primaries?

Interestingly, they were saying much the same thing, more than half-a-century ago. Jacoby quotes a 1960 TIME magazine article that had assorted politicians and historians decrying the overlong election period and suggesting they were actually deleterious to America’s interests.

What that means of course is prolonged navel-gazing can be dangerous in a world of competing and hostile interests. Also, most countries are able to ignore negative election rhetoric on the campaign trail (China eats our lunch; Japan takes our money; Mexico sends rapists) for a bit. But when it goes on for nearly two years, it’s enough to make grown men and women cry. Not just that four-year-old girl. 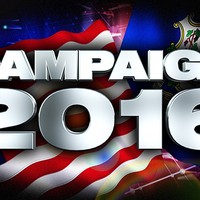