Dual citizenship under attack in Europe 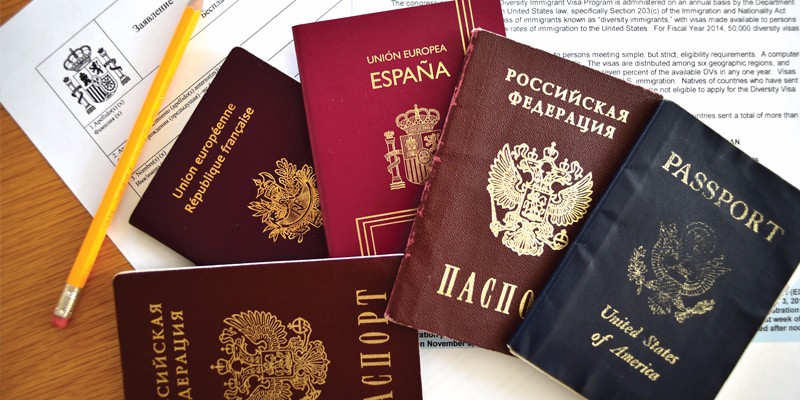 Is dual citizenship going out of fashion in Europe? After a brief period of apparent equanimity, the German government is signalling unease with the idea of split allegiance. Four months ago, French President François Hollande was forced to scrap plans to strip French-born, dual-national convicted terror­ists of their French passports.

The issue may return to the official in-tray after France’s May 2017 presidential election. German politicians too may face increas­ing pressure to roll back one of the provisions in the December 2014 amendment to the nationality act, which gives the German-born children of non-German parents the right to dual citizenship.

Why? Political ideas can often be like designer clothes. They can have a relatively short catwalk season and a fickle relationship with public opinion. Note the growing unpopularity of the no­tion that globalisation is good and free trade deals are superb. No one should be surprised if dual nation­ality becomes the next target of Europe’s endless and testy argu­ments over rights, responsibilities, culture, cohesion and national security.

Already, we can hear the faint rumblings of change. German Inte­rior Minister Thomas de Maiziere recently said that dual-nationals will lose German citizenship if they fight for militant Islamist groups abroad. His boss, Chancel­lor Angela Merkel, provoked anger and consternation when she declared that her government expected a “high level of loyalty” to be displayed by Germany’s largest immigrant community, the Turkish diaspora.

Gokay Sofuoglu, chairman of the Turkish Community in Germany (TGD), an association that repre­sents dentists, teachers, parents and other sections of the Turkish community across Germany’s 16 states, hit back. He said it would be a mistake to force ethnic minori­ties to choose between passports because that would create “sec­ond-class German nationals”.

A German national without a migrant background would never lose citizenship, no matter how “undesirable” their actions, Sofuo­glu said, “so why do other people who were also born and raised here have to abide by a different set of standards simply because they have their roots abroad?”

He may have answered his own question. The sanctity of citizen­ship, the allegiance a person must feel to the country to which they belong by law, is as much about psychology as it is about politics. In 21st-century Europe, it is be­coming intertwined with security as well.

That is not particularly surpris­ing. Less than 100 years ago, the League of Nations, the intergov­ernmental organisation dedicated to world peace, was proclaiming “every person should have a na­tionality and should have one na­tionality only”. Until the 1990s, a European treaty required countries to limit dual citizenship. World­wide, the prevailing view largely seemed to derive from the 19th-century American historian and diplomat George Bancroft’s jovial assertion that it was as intolerable for a man to have two countries as for him to have two wives.

But in the 1990s and 2000s, multiple identities started to be considered a natural and desirable by-product of globalisation, mass migration, mass travel and inter­marriage across continents. Free-traders of all stripes denounced the notion of one-man, one-state as outdated.

In 2008, the Washington think-tank Migration Policy Institute estimated that nearly half the world’s countries tolerated some form of dual nationality and oth­ers were coming around to it. A diasporic community that was accorded some recognition in its former homeland started to be seen as an economic resource and a unique cultural ambassador in the global village.

That golden age may be ending before it had fully begun, espe­cially in a Europe that increasingly wants citizens to bear their loyal­ties proudly and prominently.

It will be a challenge. According to Germany’s Federal Statistical Office, nearly 20% of the popula­tion is of migrant background, which is defined as being born a non-citizen or having a recent an­cestor who was. For France, there are no census figures but a 2009 survey by the National Institute for Demographic Studies found that 3.3 million people admitted to dual nationality. That is about 5% of the population of metropolitan France aged 18 to 50.

Some 90% of France’s dual-nationals are immigrants or de­scended from immigrants and the majority (66%) is of North African origin, with Turks a close second. Unsurprisingly, nationality-strip­ping proposals and suchlike stir great indignation.

Mostly, these make for good politics but they are meaningless in terms of security. If Germany took away the German passports of dual-nationals who have fought for the Islamic State (ISIS), they would not be able to return to Europe to pursue the extremist group’s violent agenda. That is irrelevant now that ISIS is urging Muslims in Europe not to travel but to carry out lone-wolf attacks there. Con­sider the way a similar nationality-stripping policy has worked in France: Only 13 naturalised people with terrorism convictions have lost their French nationality since 1996.

That said, there may be a case for dual nationality metamorphos­ing into a restricted right, which is to say that an individual may have two (or more) passports but vote only in one country. This would subtly reaffirm the sanctity of the bond between a citizen and his or her country. It really is about psychology, not just politics.