Could General Electric’s decision on Glocalization serve as Globalization 2.0? 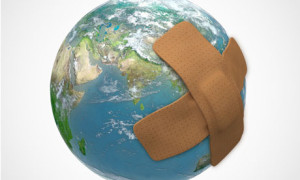 Economics pundit Robert J. Samuelson recently deplored a speech by the head of General Electric that promised the American multi-nation was determined to “localize production”.

Jeffrey Immelt of GE noted that “globalization was being attacked as never before”, in the US and elsewhere, American presidential candidates were taking a protectionist stance, and that it was time for the company re-locate production right the way around the world. “We will produce for the US in the US, but our exports may decline.” GE, said Mr Immelt, would take advantage of the “tremendous flexibility” provided by having 420 factories worldwide.

Mr Samuelson, the pundit, thought this was a terrible idea. American exports would decline. Globalization would be rolled back. The world would shrink to narrow national boundaries, as defined by protectionists.

But here’s another possibility.

Glocalization could serve as Globalization 2.0.

Globalization has long been touted as a force for the global good – in the way it spreads technology and ideas and helps countries increase trading relationships and interaction with the rest of the world.

As Mr Samuelson writes, “The general idea was that, as countries traded with each other, their populations would become richer — in poor countries, middle classes would emerge — and nations’ interests would become intertwined. The threat of major wars would recede, because middle-class societies prefer commerce to conflict. The new world order would have tensions and feuds, but they would be manageable precisely because they occurred in a context of shared interests.”

But unfortunately, this hasn’t really happened. Globalization hasn’t ended all wars. Or poverty. Or animosities. Or ill-will. The 2008 financial crisis brought increased scrutiny of the principle of exporting jobs from a high-wage country to a cheaper one.

GE’s plan to tackle this by producing goods meant for a market right there seems pretty sensible. It will cease to draw the anger of protectionist politicians. It will provide work to locals, sell locally and save money on shipping and logistics. In fact, perhaps it may want to do away with its logistics department altogether?

But Mr Samuelson points out that this poses a big problem for the US. “Most of GE’s growth is happening in foreign markets,” he writes. In 1982, 80 per cent of its sales were in the US. Now, 70 per cent are elsewhere.

Mr Samuelson is right that there will be less dynamic economic growth in America if GE and other multi-nationals bow to protectionist ire and produce locally for every market.

But they would still be multi-nationals – thinking globally, acting locally. At this point of time, glocalization may be the only way to save the idea of globalization.