We spent much of Monday, September 12 with Tunisian friends – eating (and praising the good lord for having good friends and their table groaning with good food).

It started with a quick look at the tabouna (Tunisian bread) cooked in a gas-fired version of the traditional oven. 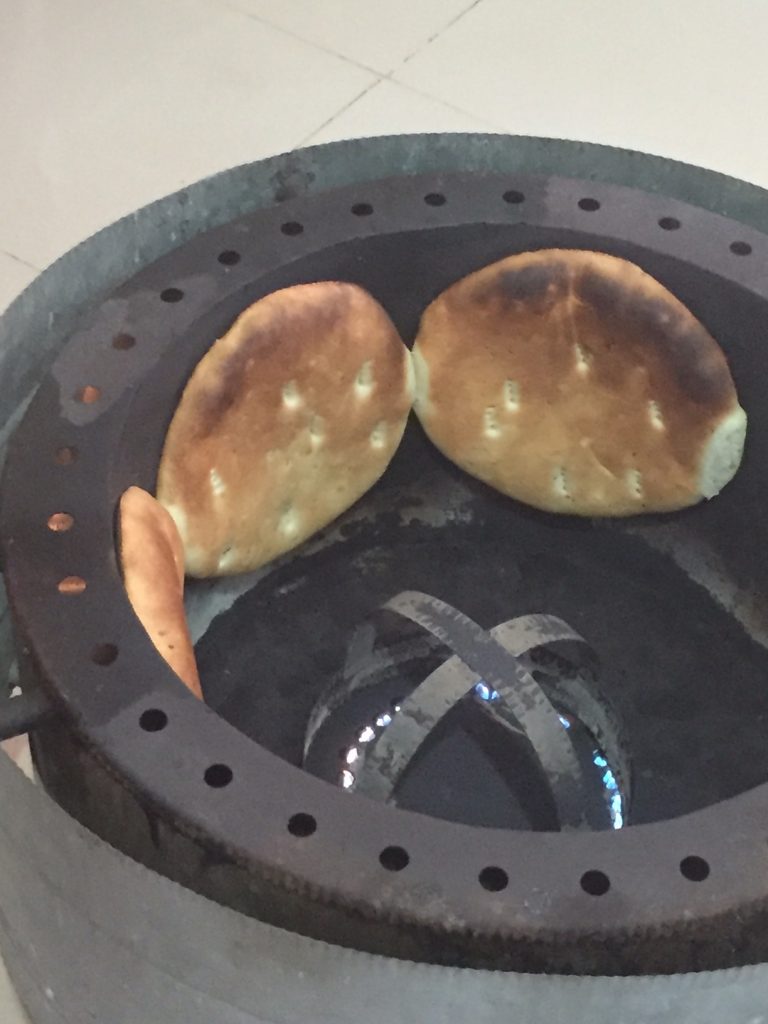 Then a peek at the sheep that had been slaughtered at 8 in the morning. The average cost of a sheep for slaughter in Tunis this Eid season was about 500 dinars. 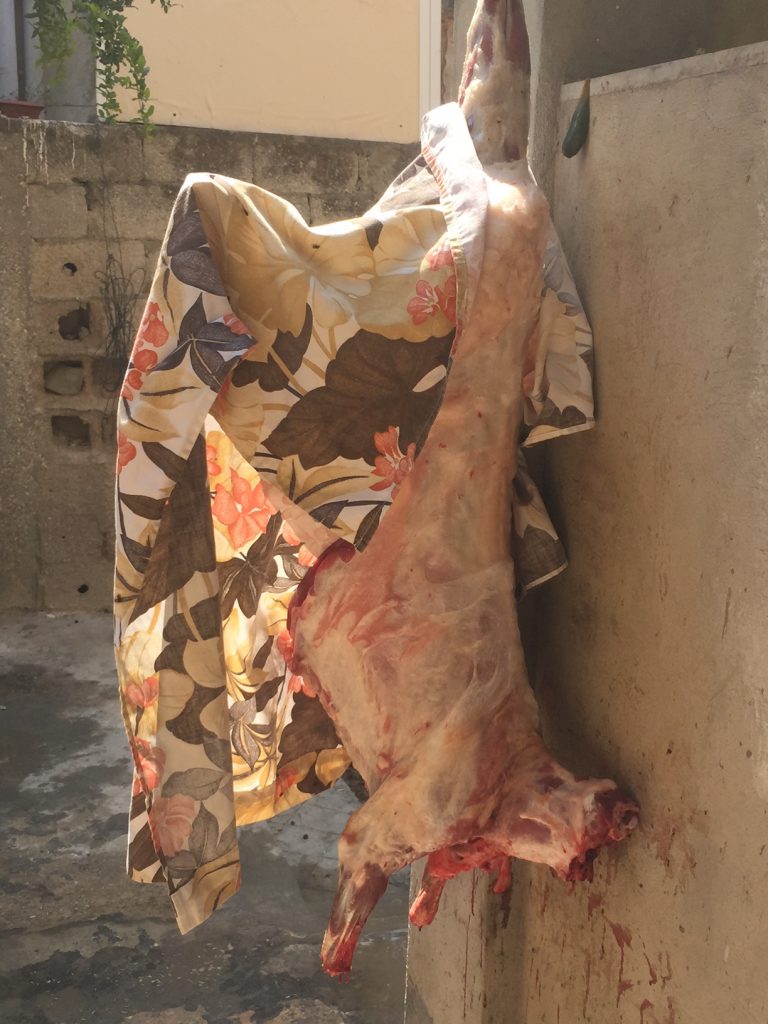 The sheepskin sat neatly in the corner. The head of the organic-grass-fed black sheep looked sombrely at us. 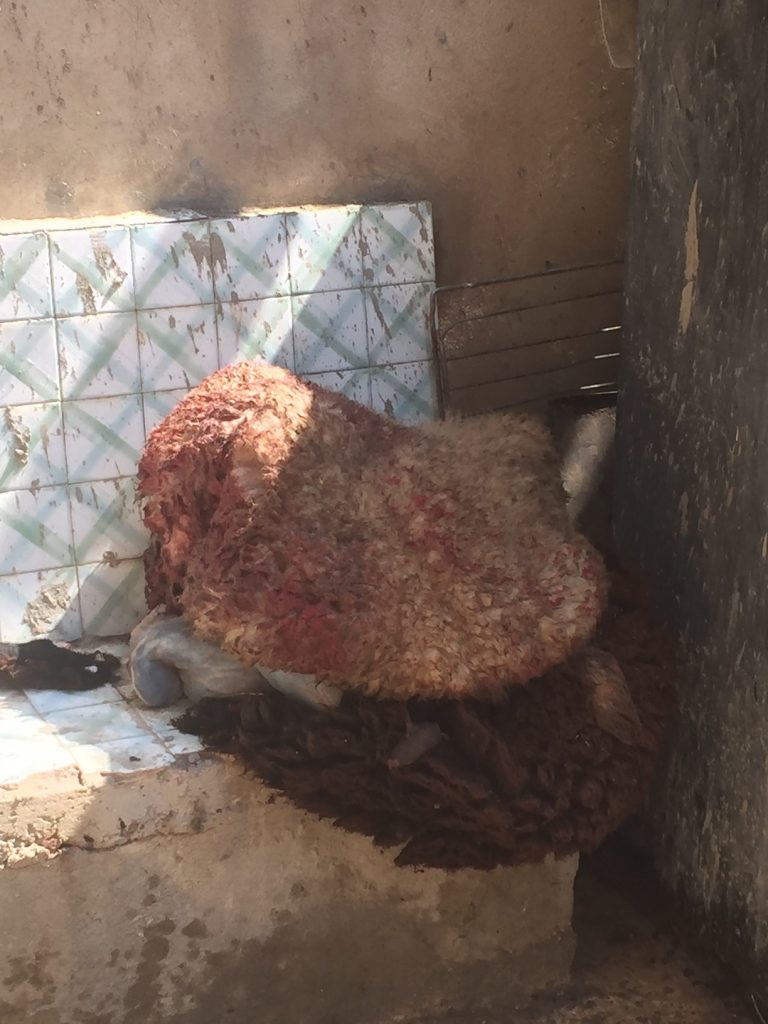 I thought back to the sheep I’d seen just yesterday, ready for sale in the newly thrown-up pens near the Super Marche. 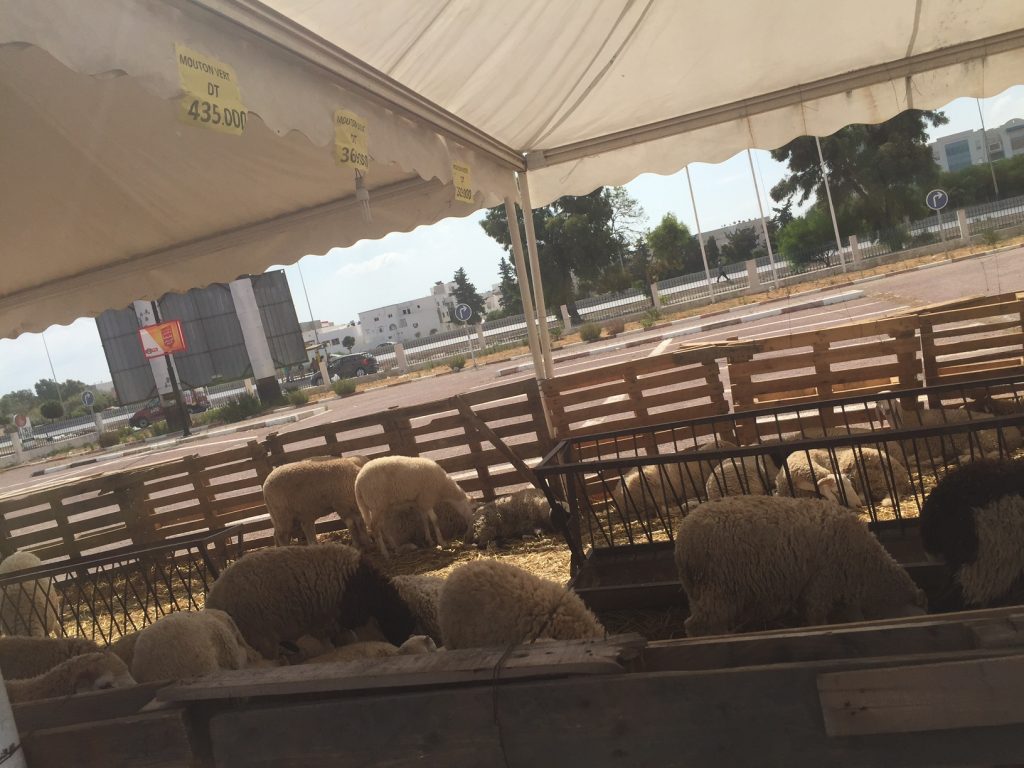 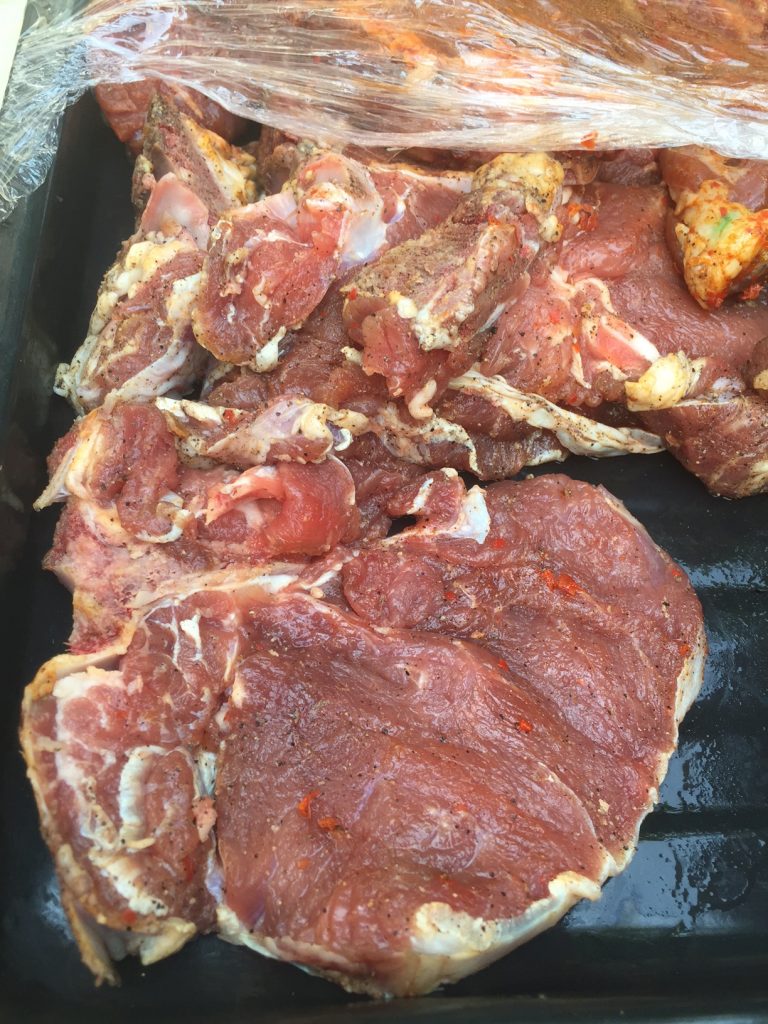 The meat in its harissa marinade waited by the giant barbecue in the garden.

Had we visited six years ago, our host informed us, the lady of the house would’ve been cooking usban, a sausage traditional to Tunisia, made using the sheep’s stomach and a mixture of liver, heart, rice, herbs and vegetables. I looked it up on my phone and newly wise, commented on the culinary bonds that knit Algeria and Libya with Tunisia. All three countries cook usban, I said.

Our host wrinkled his nose and looked surprised. I cannot imagine it would be very good anywhere but in Tunisia, he said. But it takes too much time, so we’ve discontinued the practice of cooking it in our house on Eid.

We nodded, replete, not hungry at all for usban or anything at all.

As we left, the neighbourhood monopoly businessman of sheep’shead-blowtorching was hard at work. The sheep’s grin seemed mirthless in its wide meaninglessness. 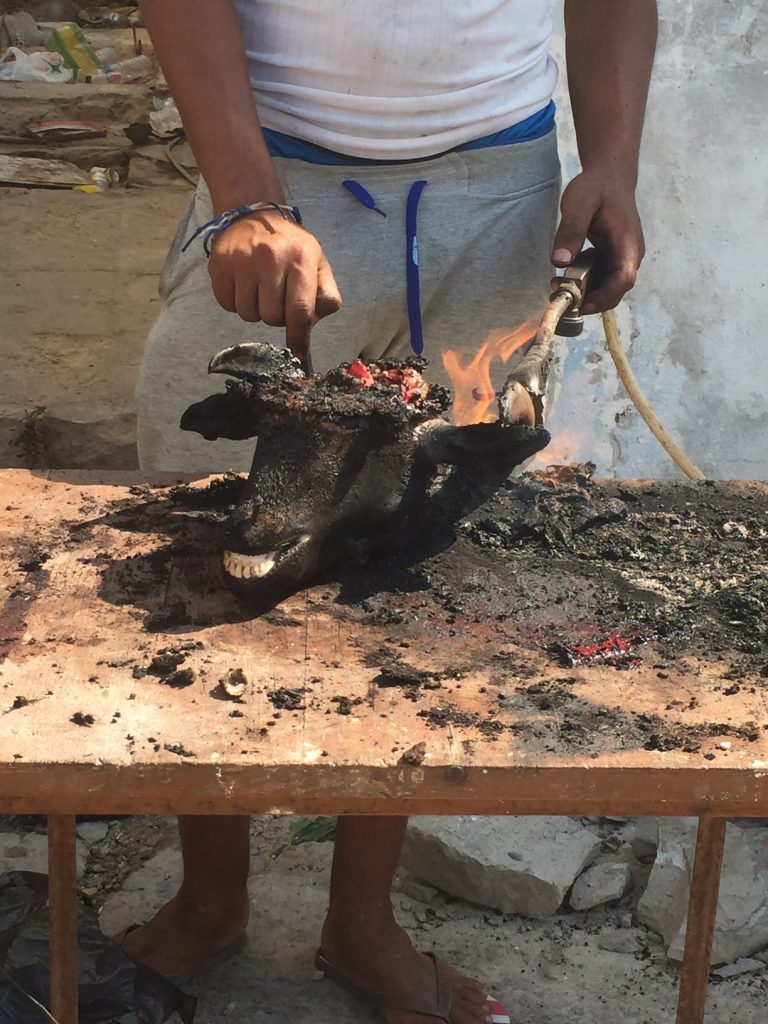 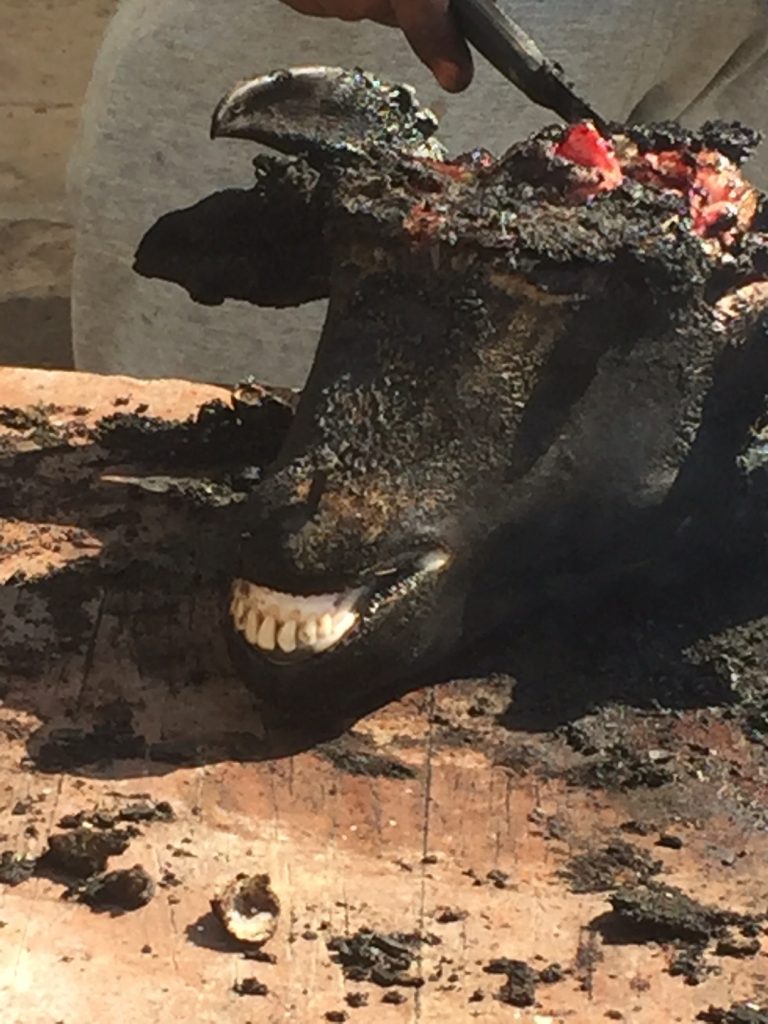 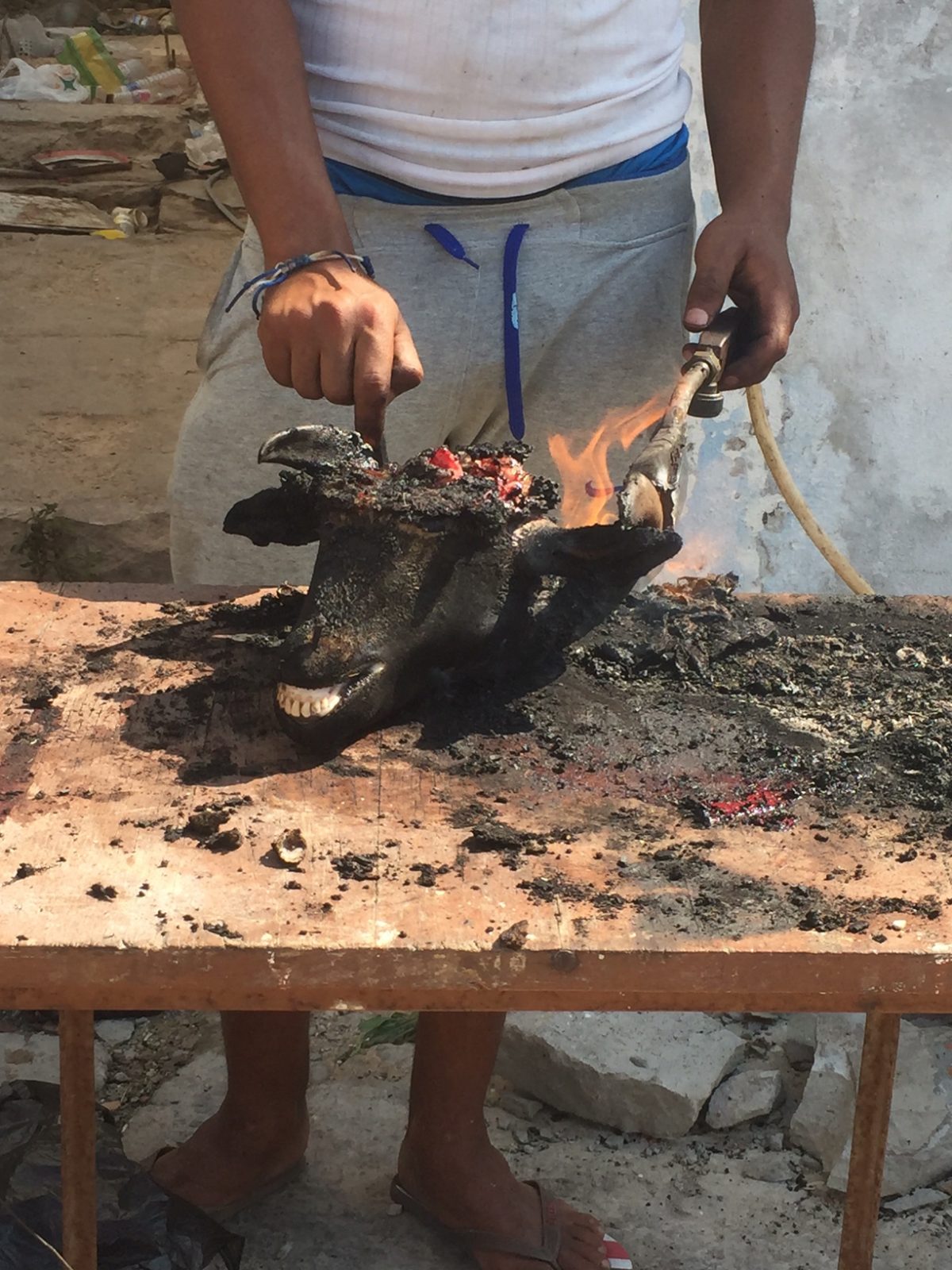