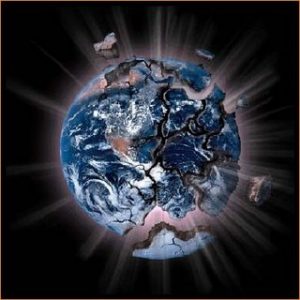 Some say that this UN General Assembly (UNGA), the last that Barack Obama will attend as US president, is proof that the world has become more troubled, more fractious and less willing to collaborate.

Some say that much of this is Mr Obama’s fault. He talked about red lines for Syria then didn’t bother to recognize the fact that President Bashar Al Assad had breached them.

He spoke of ending America’s two wars – in Iraq and Afghanistan – but was not really able to fully disengage and achieve closure.

He spoke of closing Guantanamo Bay, then proved incapable to the task.

He allowed Russia to return as a player in the Middle East.

He allowed China to get above itself.

His two big free trade treaties – the TPP and TTIP – are facing political opposition both at home and in the countries they expect to join in a new deal.

But the woeful laundry list of Mr Obama’s undone underestimates the limits of America’s power and the extent to which the world has changed as a response to radical extremism, multiple conflicts, greater interconnectedness and the global financial crisis.

Consider the mealy-mouthed way in which UN members dealt with the organisation’s Monday summit on tackling the refugee and migration crisis. More than 65 million people have been displaced, but the world remains largely unmoved.

The UN’s original idea was to replicate the landmark Indochina refugee conferences of 1979 and 1989, which resulted in the resettlement of several hundred thousand Cambodian, Vietnamese, and Laotian refugees. But it didn’t find the same level of willingness this time round for refugees from the Middle East and North Africa.

The summit’s final document, the so-called New York Declaration, is vague and high-minded. Even a timid proposal that governments pledge to annually resettle 10 per cent of the world’s 21 million refugees did not appear. This is not about Mr Obama’s leadership “of the free world” as the cliché goes, but a more generalized level of anxious petty-mindedness.