Should we deny ISIL the oxygen of publicity? 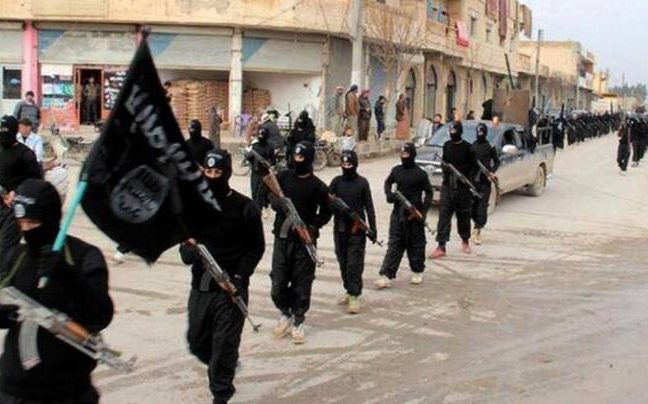 At the start of the week, an important discussion took place — and I don’t mean the first of the US presidential debates. In London, senior journalists and news managers from major media outlets in three European countries conducted a sober debate on the reporting of terror.

Is it time, they asked, 15 years after the attacks of September 11, for the media to rethink its addiction to cheap headlines and scaremongering and deny terrorists what Margaret Thatcher famously called “the oxygen of publicity”?

That discussion at Chatham House was recorded by the BBC and broadcast on Wednesday. A second conversation along the same lines will be held in the British capital next month.

It would be reasonable to expect the discussion on reporting terror to gain traction fast and go further. Truly, the concept of recalibrating coverage is more likely to change our world than a debate between bumptious Republican presidential nominee Donald Trump and his Democratic Party rival Hillary Clinton.

How and when to turn off the lights and attention for terrorist atrocities? French newspaper Le Monde has already vowed it won’t publish photographs of those who perpetrate attacks, thus denying them “posthumous glorification”. Is there a case for a similar self-imposed, self-enforced code across the United Kingdom, Europe, the United States and the wider world? What is the correct balance between reporting a terrorist attack, suppressing terrorist propaganda and informing the wider public?

The Guardian newspaper columnist Simon Jenkins, who took part in the Chatham House debate, has said it is not the bomb but the response to the bomb that is the terrorist’s best friend. Removing the hyperbole from reportage, he argues, can detoxify public discourse and prevent an epidemic of fear.

By describing terrorism in exaggerated terms, as an “act of war” rather than an act of violence and intimidation, the media “turns the impossible into the rhetorically plausible”, says Jenkins. Thus ISIL loses territory but gains ground in the headline wars.

There is evidence that media coverage does drive violence and that prolonged and breathless attention can cause a spike in certain kinds of terrorist activity. Last year, Michael Jetter of Bonn’s Institute for the Study of Labour presented a paper on terrorism and the media at the European Economic Association.

Prof Jetter analysed The New York Times’s coverage of more than 60,000 terrorist attacks between 1970 and 2012. Noting the “terrifying, exponential increase” in attacks between 1998 and 2012–1,395 according to the Global Terrorism Database in 1998 and 8,441 in 2012 — he used empirical methodology to establish “whether media attention actively encourages terrorist attacks”. He found a clear link, which corroborated other studies that suggested terrorism feeds off media attention and vice versa. Enhanced coverage of suicide attacks, Prof Jetter said, “could be one reason why suicide attacks have gained popularity among terrorist groups”. Terrorists, he added, “just like any other humans, respond to incentives, which in this case translates to increased media attention”.

Some might say that this is hardly a new or particularly profound idea. Back in 1997, CNN gave Osama bin Laden and his anti-western agenda a platform he could not have achieved without a television interview. Bin Laden’s plans had been reported by London-based journalist Abdel Bari Atwan but CNN amplified them. Some would say that CNN gave bin Laden ballast. But Peter Bergen, who organised and produced the interview, still justifies it as a “public service” because it focused attention on a man who changed history. In December 2015, Bergen argued that it is better to get troublemakers on air than not. “If the standard was that we shouldn’t give anybody a platform who might make news, including bad news, we’d be out business,” he said.

He has a point and the media’s willingness to ply its trade — the business of news — can make for interesting innovations. From 1988, for the six years that Thatcher’s government maintained a broadcast ban on representatives of Sinn Fein and other Irish groups, the media simply used actors to read statements by Gerry Adams and Martin McGuinness.

Sometimes though, they exercised great circumspection to avoid being used by violent political entities to influence the public-at-large. Gerald Seymour, then a reporter with the British channel ITN, described the editor’s warm praise for his scoop — an interview with the Provisional IRA’s chief of staff — and then his locking away the tape because it was not “mandatory news”.

Seymour already knew something about the relationship between political violence and the media’s role. He had covered the 1970 hijacking to Jordan of three international flights by the Palestinian group PFLP, to demand the release of seven militants being held by three countries. It was a “stunt”, Seymour later said, executed because they thought television had the greatest reach.

Today, multimedia — the combined force of internet, television, print — is the supreme arbiter and impossible to control. So, can 21st century terrorists ever be starved of the oxygen of publicity?

Prohibiting photographs is a first step. The next must be a consensus on eschewing exaggerated language. Visual and verbal cues have done all too much to create the theatre of violent glamour.