Carthage after the Romans. It’s a powerful and dispiriting image and it was evoked by US secretary of state John Kerry in reference to Syria and President Bashar Al Assad’s continuing campaign to batter his people into submission.

Whatever anyone thinks of US policy on Syria, there is merit in paying attention to the recent pronouncements of President Obama and his secretary of state.

Just days ago, Mr Obama said as clearly as he could that there was “no ultimate military victory to be won.”

And Mr Kerry followed up with this: “Those who believe this crisis couldn’t get worse are dead wrong, as are those who believe that a military victory is possible. This could be like Carthage with the Romans, if you call that a victory.”

The reference to Carthage says it all.

In the 2nd century BC, the Romans conquered Carthage by destroying it. The third Punic war left the city in ruins. Having lived a couple of miles away from Carthage in the Tunisian capital, Tunis, I can tell you it exudes the pathos of a ruined city of sighs – down the arches of 22 centuries.

For, Carthage did not surrender to Roman power. it remained defiant despite successive defeats, and the Empire finally decided to raze the city, thereby eradicating dissent, as it were. Even so, the residents refused to leave and after a three-year siege, the Romans finally silenced the city by reducing it to dust.

It was a gruesome event and surely notions of victory should have advanced from the zero-sum game that destroyed Carthage?

There’s no telling – yet. 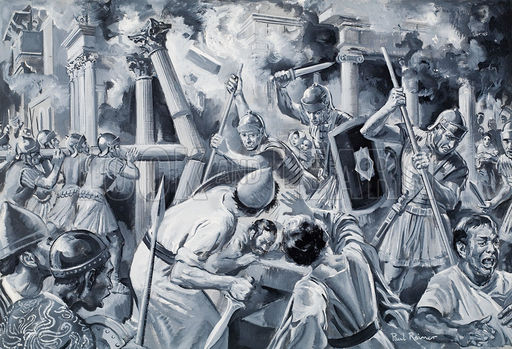