Is Mrs Trump trying to unman Mr Trump? Her CNN interview makes him seem a fool

At 59, Donald Trump was so easily led he could be “egged on” by a TV host into saying “dirty and bad stuff”. So says Mr Trump’s wife, Melania. She offered this startling defense of Mr Trump’s 2005 lewd, sexually predatory taped remarks in an interview with CNN’s Anderson Cooper.

Perhaps Mrs Trump thought she was standing by her man. Doing the right thing. Helping him come up from the political gutter smelling of roses.

Many would say she should have saved her breath. She’s managed to make Mr Trump unrecognizable. If his wife is to be believed, he is a gullible, persuadable fool, one who at the ripe old age of 59 can be led into saying things that aren’t “the man I (Melania) know.”

The more suspicious might discern a base motive. Is Mrs Trump trying to unman Mr Trump?

Where, in the portrait she painted of him, is the strong guy that he’s selling America? Where’s that tough-bitten alpha male? The one who knows the art of the deal and is able to negotiate hard and hot with anyone on anything.

The truth is, a strong person – political leader or not – simply can’t be led into saying something that goes against the core of their being. And at the mature age of 59, they’re probably easily able to see through any attempt at, in Mrs Trump’s words, being “egg on (sic)” .

All of which leads me to wonder about the state of the Trump household, 18 months into The Donald’s foray into presidential politics. If I’m beginning to sound like Mr Trump and his endless conspiracy theorising, you’ll have to forgive me, I’ve been hearing too much of him. But some people are starting to wonder if the Trumps’ marriage will last much longer than November 9. Especially, now that Mrs Trump has effectively emasculated her husband by suggesting he is an easily led old fool. 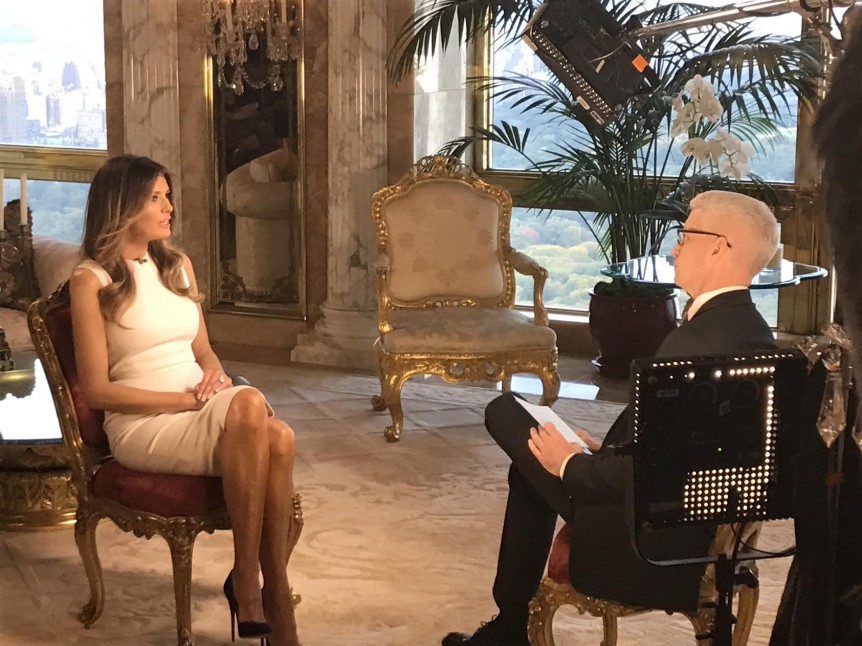