In the American state of Utah, Mormons stand shoulder to shoulder with Muslims 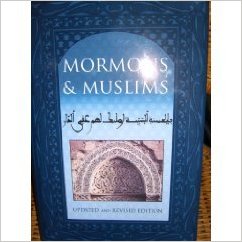 Try inserting a cigarette paper between the Mormons and the Muslims and what do you get? A massive move against Republican Party presidential nominee Donald Trump in the American state of Utah. This is not to say that Utah’s Mormons plan to vote for Mr Trump’s Democratic opponent Hillary Clinton. They are planning to vote for Evan McMullin, a conservative Mormon ex-CIA officer, he of the rapidly balding pate and boyish face.

What does this say about Mormons? And what possible bearing might it have on the fact that there are millions of Muslims in America?

Mormons, who are generally very conservative socially and culturally, are mortified to even consider Mr Trump for the highest office in America.

Muslims in Utah say it’s one of the best places in America to be a religious minority.

I’ve known a number of Mormons. They’re numerically noticeable in US federal government service. Mostly, they are clean-living, straightforward, morally ramrod-straight people (with lots of children).

In the ongoing presidential election, Mormons are deeply unsettled by Mr Trump’s anti-Muslim opinions because they know what it is to be a religious minority. The Mormon Church of Jesus Christ of Latter-day Saints said as much at the beginning of the year.

It did so soon after Mr Trump offered his extraordinary proposal to ban Muslims from entering the United States. In its statement, the Church explicitly linked religious liberty as pertaining to Mormons with that afforded to Muslims. It quoted an ordinance passed by a city in Illinois in 1841, when the Mormon prophet Joseph Smith was on the city council. The ordinance extended equal religious liberty to a long list of denominations  – including “Mohammedans”.

There’s a reason the Mormons feel for American Muslims and the sense of insecurity they currently face. As a faith group, the Mormons started in New York state in 1830. They constantly moved westward as they ran into trouble in different places. Smith was murdered in Illinois in 1844. Once the Mormons settled in Utah, they had to fight to stay.

Small wonder that Mr Trump’s threats against Muslims have re-awakened fears in Mormon hearts. In its statement on Mr Trump’s remarks, the Church underscored that it was not about parties and politics. It didn’t say so explicitly, but this is clear – it is about principles. About acting on what you believe.

This is remarkable considering the number of Americans – 61% according to a new poll – who now say they don’t require personal morality from a politician. In 2011, less than half of Americans polled – 44% – said the same.

Among evangelicals, supposedly the most morally conservative community in America, 72% (more than double the 30% who said the same in 2011) explained away a newly morally-lax pragmatism.

In many ways, the Mormons are really and truly living their faith and its warnings against leaders without principle. The Book of Mormon, their sacred text, describes a society in the New World that perished because its people became overly selfish. So, the true believers make hope come true.