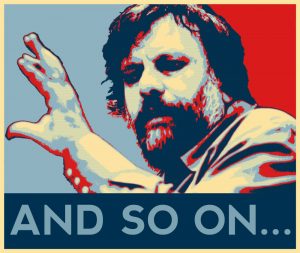 After Donald Trump’s triumphant “Brexit plus plus” it may be appropriate to consider Slavoj Žižek’s views on refugees.

Mr Trump, it’s fair to say, is not overly impressed by the concept of taking people into America, especially from non-Caucasian parts of the world where non-Christians make up the majority.

Those unaware of the Marxist philosopher should note that he is a bit of a rock star among Leninist thinkers and disposed to dirty jokes and provocative cultural references to explain concepts.

Only Mr Zizek could’ve diagnosed part of America’s problems as an unfortunate tendency to binge with the aid of a chocolate laxative, reconciling opposites – that war brings peace, you can have excess without guilt, coffee without caffeine, cream without fat, beer without alcohol.

In his essay ‘A Cup of Decaf Reality’, Mr Zizek wrote as follows:

“On today’s market, we find a whole series of products deprived of their malignant property: coffee without caffeine, cream without fat, beer without alcohol… And the list goes on: what about virtual sex as sex without sex, the Colin Powell doctrine of warfare with no casualties (on our side, of course) as warfare without warfare, the contemporary redefinition of politics as the art of expert administration as politics without politics, up to today’s tolerant liberal multiculturalism as an experience of Other deprived of its Otherness (the idealized Other who dances fascinating dances and has an ecologically sound holistic approach to reality, while features like wife beating remain out of sight)?”

Mr Zizek recently did it again. He raised the urgent refugee issue in his new book, ‘Against the Double Blackmail: Refugees, Terror and Other Troubles with the Neighbours’.

The liberal left tends to play down the enormous gulf between western values and those of the thousands arriving in Europe from Africa and the Middle East. The left, says Mr Zizek, tries to sweet-talk its way through the perceived (and sometimes real) security threat posed by some migrants. And the left has been notoriously chicken about addressing a brute reality – that societal tensions will inevitably rise in parts of the western world where these very ‘foreign’ refugees have arrived, mostly because there will be competition for jobs and resources. The migrants will feel disappointed and patronized. The host society will feel disappointed and put upon.

Mr Zizek was quoted by Quartz to say that “The left tries to ignore the problem—for example they try to underreport problems with immigrants. My book is simply a great, desperate call for not keeping silent about this.”

I think he’s absolutely right. The ultra-nationalists and far-right loonies are helped by progressive silence. 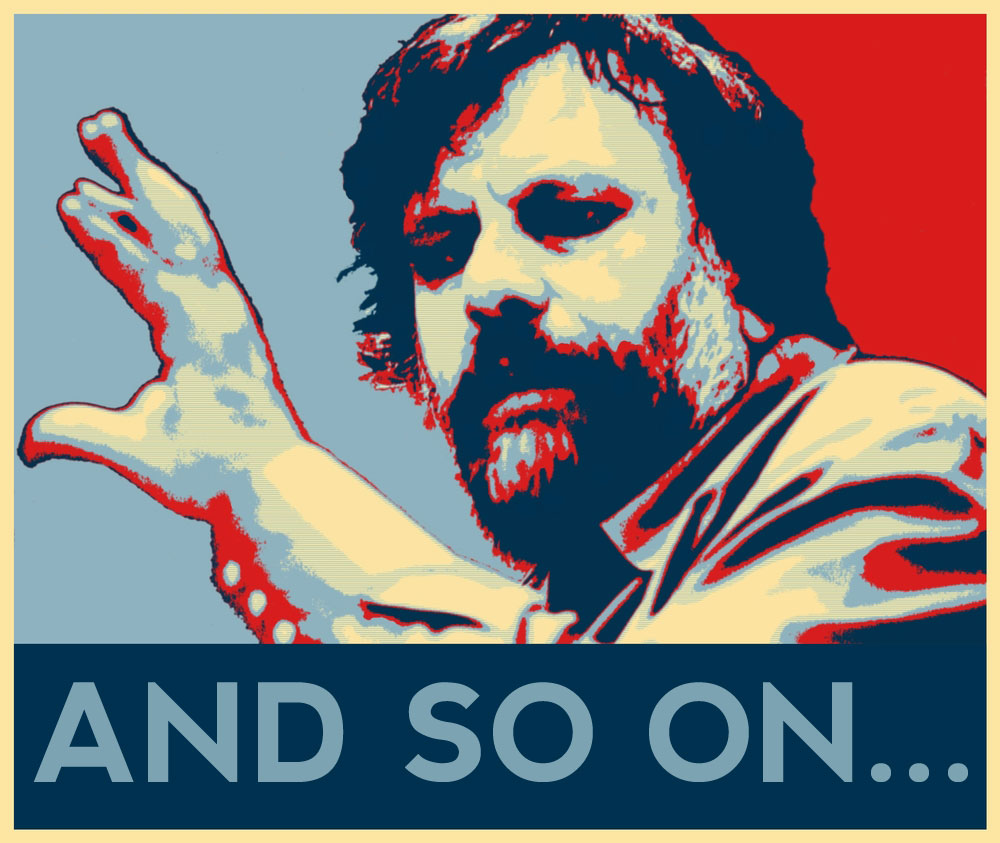