After Trump’s victory, might the world look to Germany as a moral centre? 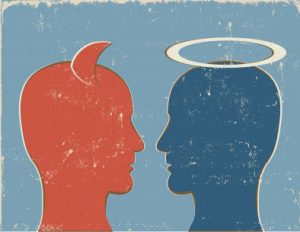 After Donald Trump’s election victory, where might the world look for a moral centre?

The question is appropriate because of worldwide fears that an unpredictable mercantilist America will no longer care to be a beacon. If the US no longer even tries to be good and a role model – often, a hypocritical stance, but one that has more credibility than say, Russia – is there no hope of a moral centre any more?

Might Germany step up to the plate? Could it become militarily mighty (albeit not in the way of the US and Russia) and use its newfound power to be listened to respectfully when it speaks of human rights and principles of natural justice?

These are big questions and the answers start with one big hole –more than 70 years of Germany’s deliberate eschewing of military power. The Economist recently offered other, more off-putting reasons: “Pax Americana has always required American bite. Germany, with a defence budget one-fifteenth that of the United States, no nuclear deterrent and an instinct for pacifism, has neither the ability nor the aspiration to act as the world’s liberal hegemon.”

It’s true, after Hitler, Germany has kept away from the militaristic stuff. But now, it may have little choice.

First, because of an urgent reason – the fear that Mr Trump’s America will pull away the security blanket and leave Europe to fend for itself.

“Europe will have to be prepared to take better precautions itself,” German Defense Minister Ursula von der Leyen recently said.

“Trump is the trailblazer of a new authoritarian and international chauvinist movement,” Sigmar Gabriel, Germany’s deputy chancellor, added. “They want a rollback to the bad old times in which women belonged by the stove or in bed, gays in jail, and unions at best at the side table. He who doesn’t keep his mouth shut gets publicly bashed.”

Once Europe’s most populous country matches economic strength with military muscle, the onus will also be on it to assume the role of moral centre.

Unfortunately, it’s not as simple as that. Germany is stoutly pacifist. Its military hardware is in a dreadful state, according to a 2014 report by the German parliament. Only one of Germany’s four submarines is operational. Less than half of its armored vehicles are fit to be deployed. Just seven of its fleet of 43 naval helicopters are flight-worthy.

There would be a lot of work to do. With mindset. And military hardware.