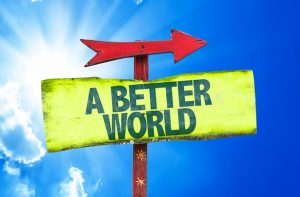 Just to return to the notion of talking across political divides, consider the words of Berkeley professor Arlie Russell Hochschild, who spent more than five years in rural Louisiana to try to understand the worldview of its people.

This almost anthropological research project was probably necessary – in Louisiana, only 14 per cent of white voters opted for Barack Obama in 2008. Professor Hochschild wanted to understand why.

She has written a highly regarded book on her observations and findings. Strangers In Their Own Land: Anger and Mourning on the American Right makes the case that the people of rural Louisiana don’t try and understand the others – the elites and city-dwellers, the relatively better-educated, the liberal-minded metropolitans. And neither do the elites and city-dwellers try and understand the people of rural Louisiana.

But surely the elites and city-dwellers should be – have to be – better able to try and imagine someone else’s life? And their hopes and fears? What’s an education for if not to understand more about the world?

In an interview to the Washington Post less than a week before the US presidential election, Professor Hochschild made a passionate (and reasoned) case for the educated liberal to turn towards, rather than away, from people they often dismiss as racist, sexist, xenophobic.

She said, in a remarkable plea: “Start with the world’s finest mediators — Nelson Mandela, Mahatma Gandhi. Explore the history of South Africa’s Truth and Reconciliation Commission, and the extraordinary history of victims understanding their victimizers. And then you say, ‘I’ve seen myself and my ‘side’ as a victim, and now let’s see how they might feel that way, too.’  It doesn’t mean you’re ceding ground, it just means you’re seeing more possibilities in that person than if you saw them as a hopeless villain.”