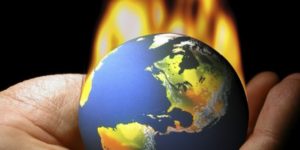 Finally, something to which we all can cling. All the liberals weeping into their muesli. Happy Trump-supporters and Brexiteers angry at the caterwauling. The ranks of gaunt non-partisan people everywhere, bewildered and upset by the tide of active resentment sweeping social media, social discourse, family meals over Thanksgiving and soon, Christmas Day too.

Here’s a pick-me-up, everyone might like. Foreign Policy magazine’s indefatigably clever editor, David Rothkopf, has made ‘The Case for Optimism’ even in a year of surprises, doleful electoral outcomes and a pervading fear that we are returning to the hateful world of the 1930s.

Click here to read Mr Rothkopf’s piece in full. If not, just carry on down.

First, to Mr Rothkopf’s main argument. To outward seeming, it’s the usual sort of moonshine offered by parents, teachers, mentors and counselors to young people when things seem to be going off-track for their charges. “Take heart,” the elders tell the disturbed young ones, “the arc of history bends toward progress.”

So says Mr Rothkopf as well. “The arc of history bends towards progress — and 2016 was no different.”

He makes his case by quoting another, the three-times Pultizer Prize-winning New York Times columnist Thomas Friedman, who begins his new book ‘Thank You for Being Late: An Optimist’s Guide to Thriving in the Age of Accelerations’ with a quote from Marie Curie.

Mr Rothkopf quotes Mr Friedman quoting Curie as follows: “Nothing in life is to be feared, it is only to be understood. Now is the time to understand more, so that we may fear less.”

The point of that book title by the way is that people’s unpunctuality gave Mr Friedman time to slow down and think.

As Mr Rothkopf writes, his friend Tom Friedman found the time to explore the “accelerations” that have transformed the world simply because some people were late getting to an appointment. Largely, he realised, there was much to be optimistic about.

That’s a point that Foreign Policy’s editor agrees with.

The world is not perfect, but eminently perfectible.