The thin line between free speech and hate speech 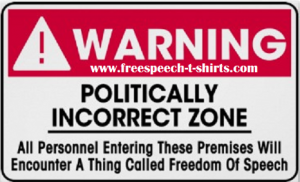 Touchy questions but do not go looking for answers in the remarkable saga of Dutch Member of Parliament Geert Wilders. Hav­ing made a political career out of intemperate remarks focused on immigrants and Islam, Wilders is set to challenge even the gentle slap on the wrist applied Decem­ber 9th by an Amsterdam court.

Wilders was convicted for public insult and incitement to discrimination for a 2014 public call for “fewer Moroccans” in the Netherlands. He was acquitted of hate speech charges. Clearly, the judges made the decision that free speech can be hateful yet legal but that it is out of line to single out a group on the grounds of race, religion, sex, sexual orientation or disability.

Wilders does not accept he was discriminatory. Moroccans, he argues, are not a race and convict­ing him infringes all the Dutch people’s right to free speech.

The first point is true. Moroc­cans are not a race. Yet they can be discriminated against or at least that’s what the panel of three judges appeared to say.

That said, the court failed to impose any penalties — not even the suggested 5,000-euro ($5,300) fine — on the MP who aspires to be prime minister.

What are we to make of it?

First, the limits of free speech and hate speech appear arbitrary and muddled in the Netherlands.

Second, there is less public demand for clarity than might have been expected. In the days since Wilders’ conviction, opinion polls suggested he is growing more popular. He continues to present himself as a free speech martyr who speaks for “millions of Dutch”.

If the polls are right, many Dutch voters are behaving like the 60 million Americans who cast their presidential ballot for Don­ald Trump — gleeful and unper­turbed that someone is saying the unsayable.

Move eastward from the Neth­erlands and the confusion only grows. In Austria, the Green Party won a legal victory in its request that Facebook Ireland Limited remove fake hate posts about its federal spokeswoman, Eva Glawischnig. The Greens say it is a significant win in the European fight against hate speech because Facebook Ireland was unable to claim it is bound by California law.

Yet, there are many who might wonder how a fake Facebook user’s description of the Green spokeswoman as a “rotten traitor” and a “corrupt tramp” qualifies as hate speech. It is unpardon­ably rude, of course, and rather a hateful thing to say. It is also false, the Green Party says, but is it hate speech?

The picture is just as unclear in Germany, where a half-dozen terms associated with Adolf Hitler and the Nazi Party have been emerging onto social media and in political protests. These include umvolkung, which roughly means ethnic conversion; völkisch, a ra­cially pure state; and lügenpresse or lying press.

The rise of the anti-migrant Alternative for Germany party has kept pace with doubts over the in­flux of 1 million refugees, mainly from Syria, since autumn 2015 and the language of politics and public discourse has slowly started to reflect the change, reaching back into time for words once discred­ited because they were used by Hitler and his lieutenants to create prose pictures of a “cleansed”, racially pure land.

Is that free speech? Or is it hate speech? Does Germany’s history make it dangerous speech?

Does speech metamorphose before it become dangerous?

After years of looking overseas — Kenya, Myanmar — for case studies, this US election season unexpectedly gave Benesch a domestic example of political rhetoric that bordered on the dangerous.

She is very clear that hate speech, a broad category without a universally accepted defini­tion, should never be silenced but dangerous speech is another matter altogether. Mass atroci­ties occur when hate speech tips into dangerous territory. A call to violence by an influential leader, which exploits a propitious social or historical context such as the competition between groups for resources or cultural dominance.

That may sound childishly simple but it does go some way towards explaining the original dilemma.

Wilders was in the dangerous speech territory.

Germany’s use of Nazi lexicon is free speech.