What’s the problem with having a glitter of generals in a civilian government? 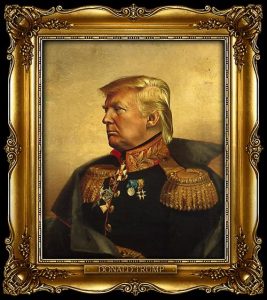 “At the age of four with paper hats and wooden swords we’re all Generals. Only some of us never grow out of it.” Those are Peter Ustinov’s words and he wasn’t talking about America’s president-elect Donald Trump or the cabinet he’s putting together.

Ustinov was talking about everyman. We all play at war. And then we realize that war is not play. But at age 70, Mr Trump seems almost as mesmerised by generals as the four-year-old mentioned by Ustinov.

Mr Trump’s incoming administration has four generals at the moment. They have spent nearly two decades at war, focusing on America’s so-called war on terror. It would be impossible for their perspective to not inform the Trump administration’s policies. Some say that Mr Trump’s Generals will mean his administration will see the world through a military prism, discounting diplomacy and other softer arts.

That said, the Generals could, as men of war, be very pacifist because they have already seen the horrors of death and destruction.

At least one retired Major General, Charles Dunlap, who was an Air Force lawyer and now teaches at Duke University, argues that military men are generally not particularly hawkish.

“Retired generals don’t clamour for war; they are typically the voices urging that all other avenues be exhausted before turning to force,” Dunlap recently wrote.

Perhaps. But a big concern should be the very virtues that draw Mr Trump to generals: they are generally straight-talking, follow orders and give them with dangerous intensity, and their livelihood has thus far depended on learning how to kill people.