China regulates the internet. Till recently, it did the same for salt. Here’s why #change matters Everyone knows that the Chinese government regulates the internet. Did you know that it does the same for salt?

This year, China overturns a practice going back more than 2,000 years, which gave the government a monopoly on the market in salt, “white gold” as it was once called.

Till 2017, salt could not be sold in China by private companies. It has traditionally been heavily taxed and heavily prized, so much so that emperors and their courts paid careful heed to the production, supply and consumption of the precious commodity.

Apparently the legendary
Emperor Yu, back in 2205-2197 B.C., ordered the province of Shantung to supply the court with salt. China’s salt production was more sophisticated much earlier than in the rest of the world. The Chinese were boiling down brine in small pans 4,000 years ago.

Pretty unsurprising then that China, along with the US, still dominates world salt production, accounting together for 40 per cent of the quarter-billion tonnes of salt produced worldwide each year.

This year’s change to China’s regulations on salt are interesting for reasons that go beyond trivia. When China’s State Council said last year that government regulators would allow private companies to enter the salt market, and existing wholesalers would be able to expand and improve marketing and reach, market-watchers took notice.

Salt is but a fragment of the Chinese economy but it may become a test of China’s pledge to open up to more private and foreign competition and make government-run companies more competitive. 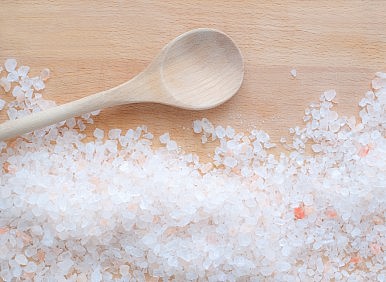