Is America having its own ‘Arab Spring’, complete with its own cruel ‘regime’ ?

“If Trump were an African dictator or Middle Eastern despot, a friendly visit by the British prime minister would be seen as conferring respectability on him and his policies and thus be deemed ill-judged.”

It was in The Observer – the editorial it slammed out on January 29. Leftie nonsense some might say.

“We were always told that having a strongman in charge is the best solution for Arab countries, otherwise there would be chaos. Perhaps the American people are not ready for democracy after all. Let’s face it America, you look like an Arab country now.”

That was satirist Karl Sharro’s open letter to America, welcoming it into the club of Arab countries because there are “many similarities… fiery inauguration protests and bitter disputes about crowd size, to the intelligence service’s forays into politics and the rise of right-wing extremists…the influence that the head of the American mukhabarat (state security, i.e. your FBI) can wield over the election process…foreign meddling in your elections…Thanks to the new president, we can now use the term ‘American regime’; your country has fully earned the honor.”

It would be funny if it didn’t feel dreadfully true. 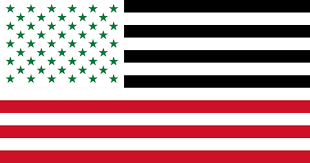