Pakistan’s Mr Bhutto goes to Trumpistan: What happens next? 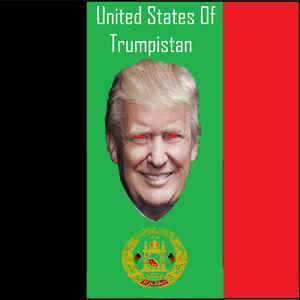 Mr Bhutto was visiting the US Institute of Peace in his role as chairman of the Pakistan Peoples Party, the country’s main opposition. He was welcomed by Heritage Foundation vice-president James Carafano, a Trump-supporting foreign policy wonk who might best be described as holding extraordinary and colourful views.

On Sunday, January 29 for instance, hours after President Trump’s cruel and ill-conceived refugee and visa ban, was justifying the arbitrary selection of seven Muslim countries as follows:

To the point that “Immigrants from 7 banned Muslim nations have committed 0 fatal terror attacks in US since ’75”, Mr Carafano tweeted: “Missed point EO focused on future threats”

That is the Alt Facts universe. A non-existent threat makes for a future threat.

Anyway, moving back to Mr Bhutto’s visit to Trumpistan.

It’s worth paying attention to this.

Remember who and what Pakistan is.

** This is where Osama Bin Laden lived and died in the years after 9/11.

** It has a fragile democracy but it has made huge progress in that Mr Bhutto’s father, Asif Ali Zardari is a living former president. In 2013, he stepped down from office (and unusually for Pakistan, remains free and alive).

** Pakistan is set to have elections within 18 months.

** It is the only Muslim country in the world to have nuclear weapons.

** It was not on President Trump’s list of majority-Muslim countries whose citizens were banned from entering the US.

Now consider what the new US administration could do about Pakistan.

It could continue the Obama administration’s policy of benign non-interference. As Bruce Riedel of the Center for 21st Century Security and Intelligence, recently wrote, “Washington is not responsible for the progress toward democracy in Pakistan but unlike some past administrations, Obama has not obstructed it. Too often American presidents have been entranced by Pakistani generals. Obama understood they are the problem, not the solution.”

But Trumpistan has, as Mr Riedel writes, “to deal with a nation of almost 200 million people armed with a fully-tested nuclear arsenal which is both a victim and a patron of terrorism.”

What will it do?

Or will it just leave well alone?

I don’t think so and I’ll tell you why tomorrow.