The message Trump sends to the Muslim world 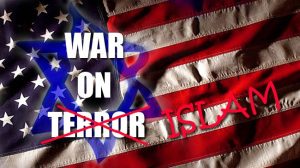 Cease and desist, for God’s sake. Forget the Muslims, minorities, moral arguments. Ditch the overblown rhetoric about American values. Ask just this one question of US President Donald Trump’s order perma­nently banning US Syrian refugee intake, all other refugees for 120 days and the entry of people from seven mainly Muslim countries for three months.

Does it do the job?

Yes, if the job is to send a message to the Muslim world.

No, if it is meant to make the United States safer.

The arguments against Trump’s executive order are well-known but here is a mini rerun:

No extremist from any of the seven countries on Trump’s list has carried out a fatal attack in the United States in 40 years.

The 9/11 hijackers did not come from Somalia, Syria, Iran, Iraq, Libya, Sudan or Yemen.

Refugees have not killed a single person in a terrorist attack in the United States since the 1980 Refugee Act, a Cato Institute think-tank study from last September stated.

It prevents huge numbers of ordinary people — students, professionals, tourists — from entering the United States even though they hold valid visas.

It does not address US domestic terrorism. One of the San Bernardino attackers was US-born and of Pakistani ethnicity; his co-conspirator and wife was Pakistani and lawfully resident in the United States. The Orlando shooter was US-born and his parents arrived in the United States from Afghanistan in the 1970s. One of the Boston marathon bombers was a naturalised US citizen and the other a green card holder. Both were from Kyrgyzstan. Even if Pakistan, Afghanistan and Kyrgyzstan were on the list, those three attacks may not have been prevented.

It shows a cruel and ugly America to the world, which is hardly likely to counter vengeful anti-Americanism. As about 900 US diplomats put it in their dissent cable: “A policy which closes our doors to over 200 million legitimate travellers in the hopes of preventing a small number of travellers who intend to harm Americans from using the visa system to enter the United States will not achieve its aim of making our country safe.”

That might sound like a tautology and an absurdly alarmist one, considering the United States has been on foreign battlefields for about 16 years. Those wars were different. The Afghan operation — later botched and now America’s longest war — was at least consistent with the principle of seeking justice rather than revenge. The Iraq invasion was hubristic folly.

In the years since 9/11, Islamist extremism has grown fat and sleek, a loathsome slug chomping on the floral heart — cosmopolitanism and multicultural freedoms — of Western societies. That is what Trump’s order is meant to suggest and that is what it is attacking by ceasing contact with Muslims.

Though the travel ban does not affect all 57 members of the Organisation of Islamic Cooperation or the 22 members of the Arab League or even all Muslim-majority countries, it is aimed squarely at Muslims.

The travel ban, like the promise to move the US embassy from Tel Aviv to Jerusalem, is meant to show the utter contempt of Trump’s America towards the Muslim world.

Benjamin Wittes, editor of Lawfare blog and a senior fellow in governance studies at the Brookings Institution, a Washington think-tank, recently said the executive order was “malevolent”. It is worth noting that Wittes holds uncompromisingly hard-line views on security issues, endorsing drone strikes, American surveillance policies and military commissions.

And yet he writes: “I don’t believe that the stated purpose is the real purpose. You do these things when you’re elevating the symbolic politics of bashing Islam over any actual security interest. You do them when you’ve made a deliberate decision to burden human lives to make a public point.”

This then is the United States’ real war on terror. Like the Mongol sacking of Baghdad in 1258, which put an end to 500 years of the Abbasid caliphate, Trump is laying waste to the edifice of America, the universally perceived idea that it believes in humanitarianism and fairness. He is sending a message — perhaps composed by his white Christian nationalist-supporting senior aide Steve Bannon — to Muslims everywhere.

The tragic consequence may be that the message will be received and fully understood.