In Nigeria, women are blowing up babies & themselves. And 7 countries still have child soldiers 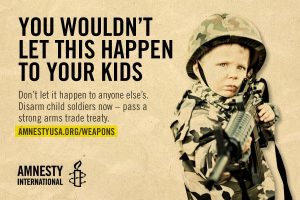 In Nigeria, children are being harnessed to acts of terrorism in a particularly horrible way – babies are carried towards targets by women wearing suicide vests.

If you missed it, the newest abomination was demonstrated by two women at a security checkpoint in the north-eastern town of Madagali on January 13. The babies made them seem innocent (pro life?) and they went through, then blew themselves up, the infants and four others.

Which led me think of children on the frontiers of war.

Omer Karasapan, the World Bank’s Middle East and North Africa Region’s Knowledge and Learning Coordinator, has an excellent blog about child soldiers. “The phenomenon was thought to be slowly disappearing as the modern nation state came into being,” he writes, “yet it is now seen in almost every continent and in almost every conflict, though rarely among formal militaries.”

Mr Karasapan admits that absolute numbers are impossible to come by and even the UN no longer gives precise numbers. However, he quotes estimates offered by Nick Scarborough, administrative officer of Child Soldiers International as follows: “…the fact that seven national armies and 50 armed groups are listed by the UN Secretary General as parties that recruit and use children points to the persistence and severity of the violation.”

But as Mr Karasapan points out, “in the Middle East, all sides in the ongoing conflicts have been accused of using child soldiers”. He mentions “documented instances … Shia Militias in Iraq, anti-regime rebel groups like the Free Syrian Army, pro-regime Syrian militias as well as Afghan Shia units recruited under Iranian oversight and even with Lebanon’s Hezbollah . Child soldiers are also a feature of the war in Yemen and are used by the Kurdish PKK in Iraq and YPG in Syria.”

But it is, as Mr Karasapan says, ISIS’ use of child soldiers that has drawn the most appalled attention.

And, I would venture to suggest, the Nigerian abomination by Islamist groups. Who will they use next?

The physically disabled (all the better for being unable to run away when the explosive strapped to their body detonates).

As was once said, the only thing necessary for the triumph of evil is for good men to do nothing. 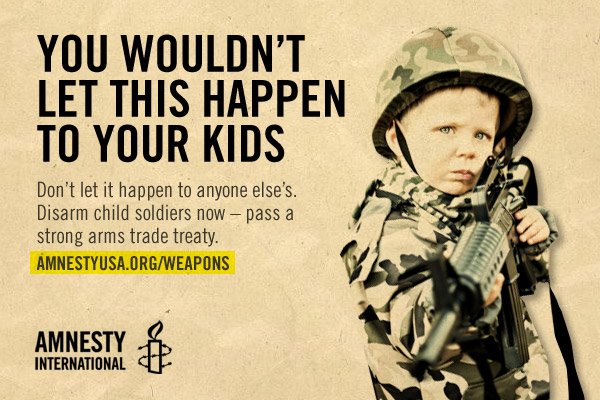