How weak is this Iran that Trump’s men aggressively put ‘on notice’? 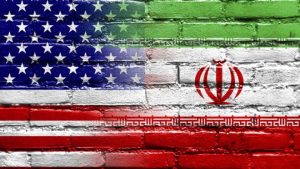 After the brief Obama-era détente between Washington and Tehran, US-Iranian relations appear destined to return to the old trajectory.

That would mean a shadow war of sorts in Iraq, soaring sectarian tensions across the Middle East and a hot conflict between Israel and Hezbollah in Lebanon. So what’s new?

Those who want peace worry that President Trump would drop tactical nuclear weapons on Iran, wiping out large parts of a country that has one of the world’s oldest civilisations and a cultural footprint that is as exquisite as it was enlightened.

How likely is that? There’s no doubt of the malign anti-Iranian sentiments of some of the Trump Team, but is Iran so weak and friendless?

Not really. Consider this.

** Iran has nurtured thousands of militias and proxy armies in Syria, Iraq and Yemen

** The Institute for the Study of War, a Washington think tank that describes itself as non-partisan but is supported by several large American defense contractors, recently said that Iran now has the capacity to project conventional military force for hundreds of miles beyond its borders. The Institute said: “This capability, which very few states in the world have, will fundamentally alter the strategic calculus and balance of power within the Middle East.”

** Let’s not discount Russia in all of this. It has worked with Iran to ensure the survival of Syrian President Bashar Al Assad’s regime. And Russia, Iran and Turkey are trying to work out a peace settlement, which leaves the US (with or without Trump) isolated on that particular issue. As The Washington Post recently pointed out, “Russia controls the skies over Syria, and Turkey wields influence over the rebels, but Iran holds sway on the ground, through its extensive network of Shiite militias drawn from Lebanon, Iraq, Afghanistan and Pakistan. They have provided the manpower for front lines from the northern countryside of Aleppo, near the Turkish border, to the Golan Heights bordering Israel in the south.”

** Finally, Kremlin spokesman Dmitry Peskov recently said that his government doesn’t agree with Mr Trump’s assessment of Iran as “the number one terrorist state”. He added, for good measure that “Russia has friendly partner-like relations with Iran, we cooperate on a wide range of issues, value our trade ties, and hope to develop them further.”