Is the Scandinavian model the real face of today’s backlash to globalisation?

He said the Scandinavian countries proved that the political upheavals of today are not mainly about economics.

“All of the Scandinavian countries, and their neighbors in northern Europe, have right-wing populist parties, with some approaching power. And yet you can’t do better than these countries in terms of living standards, social justice, and opportunity,” said Professor Sachs. “So, if northern European countries, including the star performers of Scandinavia, are facing a populist backlash, it is hard to blame economic causes.”

What does he see as the main causes of the right-wing rise then? 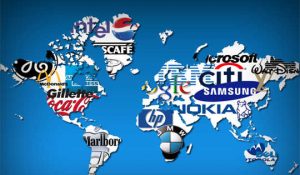 Here’s the answer and it is also pretty brutal. Professor Sachs told Sławomir Sierakowski, founder of the Krytyka Polityczna movement and Director of the Institute for Advanced Study in Warsaw, “I don’t think we know how to make economies work better than those countries do. What many of their people apparently don’t like is Muslims living in their country. They don’t want mosques in their neighborhoods. That’s not true of everybody, of course, but that’s what the backlash reflects.”

Let’s look at that for a moment. Is that a terrible truth – both to identify and state? Is it even worse that many people agree and can relate to it?

Does that sum up the shy Trump voter and the Brexiteer who wants to pull up the drawbridge and stop all those foreigners coming in?

I think so and I’m wondering why we’re unwilling to face facts and then move forward? Once we accept basic reality, it’s easier to construct a practical strategy to respond.