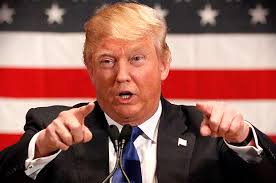 You don’t have to look at Donald Trump very long to realise that he could be a strong man. At 1.88 metres, he is taller than most men. At at least 107 kilograms, he weighs more than many people. At 70, he gives no sign of being infirm, beset by knees that buckle or the timid appetite for confron­tation that often afflicts people as they grow older and wiser.

It is a fair guess then that this Republican president’s plan to increase US defence spending by $54 billion and gut the United States’ soft-focus international engagement through diplomacy and foreign aid is part of the strong man aura.

The word “aura” is important. Trump wants to project a strong man’s image, even though it is not remotely comparable to that of Russian counterpart Vladimir Putin. Russia’s president is obvi­ously in peak physical condition at 64. A gym rat, he released his own workout video in 2015, which serves as a companion to an earlier instructional one on judo.

There is no doubting Putin’s strong man credentials and that he does not have the luxury afforded to the overweight Trump of a huge increase in Russia’s defence budget. Remember, Trump’s pro­posed boost for defence spending is almost as much as Russia’s entire defence budget.

Trump’s obsession with appear­ing the strong man — one to be feared, fervently salaamed and fawned upon — has led him to propose an extraordinary course for the United States in peacetime. He is seeking 60,000 additional sol­diers, 12,000 more Marines to serve in infantry and tank battalions, at least another 100 combat aircraft and a 350-ship navy, up from the present fleet of 274.

This emir-like extravagance in an America $20 trillion in debt will mean a nearly 10% increase on cur­rent defence spending. That’s more than the total funding allocated to most other federal agencies. It is more than the US State Depart­ment’s entire budget request for 2017. It is not far off the $42.4 bil­lion that the United States spends on foreign aid, much of it going to US-made weaponry in a clever looping back from altruism to self-interest.

Those who stand to lose from Trump’s push for more armaments and troops will not just be the State Department but the intended recipients of economic and devel­opment assistance. Afghanistan ($1 billion), Jordan ($632.4 million) and Ethiopia ($512.6 million) were among countries that have benefit­ed the most from US largesse this year. The unkindness of depriving Afghanistan, where the United States remains engaged in its long­est war, and Jordan, which hosts nearly 3 million refugees, simply beggars belief.

But Trump, the aspiring strong man, brooks no qualms. With his characteristic disregard for the facts, the US president has said it would be a “historic” increase in military spending. It won’t. In 1981, 1982, 2002 and 2008, there were larger or comparable increases.

Trump was right in one respect: If his proposal were passed as he wants by the US Congress, it would be a historic increase in defence spending for peacetime.

Does this mean the United States officially considers itself at war?

Yes, in the sense that Trump wants to launch a war on diplo­macy in all but name. Conflict reso­lution, peace building, soft power and the gentle art of persuasion are for wusses. Militarism is for strong countries and the strong men who lead them.

“We have to start winning wars again,” Trump has said, words that don’t chime with his previous cam­paign promises to rebuild at home and keep the United States out of unnecessary military conflicts.

So, what wars will Trump’s America win with more weapons, a bigger nuclear arsenal and more soldiers out on foreign battlefields? The chilling reality is that Trump will have to make the wars he plans for his fully armed and dangerous America to win.