Is environmental law a luxury or a necessity?

In Beijing, the Chinese government promised it would bring back “blue skies”. In Washington, president Donald Trump’s administration offered its first federal budget, which indicated that clean air and water were optional in the drive towards greater economic growth.

In early March, China announced it was cutting its growth target even as Communist Party leader Xi Jinping listed urgent difficulties such as nationwide smog and premier Li Keqiang pledged to place “all sources of industrial pollution … under round-the-clock online monitoring”. Across the seas, Mr Trump signed legislation rolling back regulation on coal debris dumped in streams.

After Mr Trump’s elevation to the presidency, the United States and China seem to be operating as mirror images of each other with respect to the environment.In developing countries such as China and India, environmental and social activists are pressing for greater protections for air, water and land but the leader of the world’s biggest economy appears to regard these as job-killers.

How is it that environment regulation seems to have become a luxury, if not an outright indulgence in America, while China appears set on a course less harmful to its natural resources and to the health and well-being of its people?

The short answer is that the American president may feel he can afford to be cavalier. The United States has had decades of fairly strict, if somewhat patchily enforced, air and water regulation. The basis of its sweeping 1972 Clean Water Act was the Federal Water Pollution Control Act from nearly 30 years before. The 1970 Clean Air Act expanded and strengthened a previous law, 15 years older.

So Americans, unlike the Chinese, are not struggling to draw breath while a blanket of smog lies heavy over their major cities in winter. Except for the rare tragic case of Flint, a town in the mid-western state of Michigan where the water supply was found to be contaminated and dangerous, most Americans can rely on the kitchen tap to safely get a drink. For the Chinese, until a few years ago, the city water supply could be harmful. In 2011, data from a pilot scheme conducted by China’s health authorities, suggested that barely 80 per cent of urban tap water met acceptable standards.

Even so, water can be bought in bottles. What does one do about the air? Protest. The Chinese have been doing just that, at a rising pitch, in recent months. Parents have been demanding air-filtration systems in schools. In some Chinese cities, angry residents have been attaching masks to public statues to make their point. Small demonstrations have been organised to indicate general discontent with air quality and a larger one erupted last month in a city for which an aluminium factory was planned.

China offers important lessons as a Trump-led America begins to roll back environmental regulations. If public discontent can force the authorities to change course in a country like China, which brooks little dissent, it will surely have hurricane force in the US. Especially with flooding on the rise in Miami, Florida and rising sea levels at Virginia’s Norfolk Naval Station, the biggest naval installation in the world.

In any case, president Trump is fighting a battle that has already been waged and won. Almost no one but policy dinosaurs can challenge the idea that environmental protection is good. A study by the US Environmental Protection Agency (EPA), which Mr Trump accuses of “over-reach” and plans severely to cut, found that the costs and benefits of the Clean Air Act from 1970 to 1990 were disproportionately in favour of cleaner air. Total costs over that time period were roughly $500 billion but the health and other benefits were 44 times more, roughly $22 trillion. In 2010, the EPA said that the environmental benefits to Americans from the Clean Air Act exceeded their costs by a margin of four to one.

Numbers provide ballast but we don’t really need them to know what’s right. It is right and proper for economic activity to be sustainable, for businesses to pollute as little as possible, for the people who live in their vicinity to have the right to health, and for governments to champion that basic cause through regulation and enforcement.

So what brings the president of the United States in 2017 to so unreconstructed a view of economic development, namely that it is grievously hampered by environmental protection efforts? Populism, of course, but it is also consistent with long-held, discounted concerns about the effect of environmental regulation on business. A 2014 paper by Antoine Dechezleprêtre and Misato Sato of the London School of Economics said “there is little evidence to suggest that strengthening environmental regulations deteriorates international competitiveness”.

It went on to say the estimated health benefits from the introduction of the Clean Air Act “are more than 100 times greater than the employment costs of the regulation”.

In fact, environmental regulation has actually been a force for innovation in clean technologies. This holds true in 2017 America as well. Blue-green Alliance, a partnership between US labour unions and environmental groups to expand “green economy” jobs, recently said that Mr Trump proposal to reverse clean energy standards would adversely affect a new slew of American jobs — 570,000 by 2030, all engaged in bringing about a new, fuel-efficient, green-energy future. Prepare for a season of heavy weather over Mr Trump’s proposals. 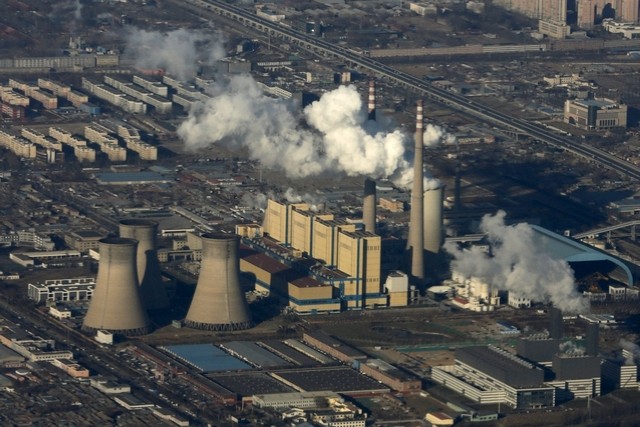