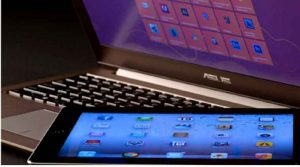 Is the Trump administra­tion’s new travel ban — not on people flying out of the Middle East but on their electronic devices — a sneaky game of economic protec­tionism dressed up as security?

It is a loaded question. Secu­rity is literally a matter of life and death. It is dangerous for laypeople to be overly sceptical of any government’s regulations, especially when they are ostensi­bly meant to keep people safe from terrorist attacks.

So, to the specifics of US Presi­dent Donald Trump’s new travel ban.

This is puzzling for a number of reasons.

Why single out nine Mid­dle Eastern, North African and Turkish airlines, flying from ten airports in the Middle East?

Why include Abu Dhabi airport on the list of potentially danger­ous originating airports when it is one of 15 across the world to em­ploy US Department of Homeland Security preclearance techniques?

Why allow electronic devices supposedly too dangerous for the cabin to travel in an aircraft’s hold?

Could the device in the hold not be triggered by a determined pas­senger’s cellphone in the cabin? After all, many smartphones, which are not banned, have the same capabilities as larger elec­tronic devices.

Do supposed terrorists only ever take direct flights to the United States and only from Middle East­ern airports?

Do supposed terrorists have a marked and demonstrable prefer­ence for Middle Eastern carriers?

The Trump administration has not satisfactorily addressed any of these questions. Instead, it has hinted vaguely at intelligence that al-Qaeda and others (perhaps Al Shabab in Somalia) have managed to miniaturise explosives and implant them to be more or less undetectable in electronic devices.

This is a terrifying thought and enough to silence anyone who flies internationally or has family and friends who do. So the fact that the Trump administration’s new travel restrictions have prompted vocal suspicion rather than quiet grati­tude for the American president’s pastoral care speaks volumes of his perceived credibility.

Even though the United King­dom has joined with the US in imposing similar but slightly different prohibitions on direct flights originating in some Muslim countries, it is Trump’s ban that remains under public scrutiny.

Its inconsistencies and partisan­ship are leading many to ask if the ban enshrines economic protec­tionism, a form of war, against the Gulf’s devastatingly successful airlines and airports.

Remember, Emirates, Etihad Airways and Qatar Airways — all three on the Trump list — are pretty successful. They outstrip US carriers in terms of value, service and positive customer image. Turkish Airlines, also targeted by Trump, is the world’s largest car­rier in terms of number of coun­tries served. In terms of airports affected by Trump’s ban, Dubai, Abu Dhabi, Doha and Istanbul have become important world hubs.

Last year, Dubai handled 83.6 million travellers, making it the busiest airport in the world in terms of international passengers. Its total growth in the last 16 years was a staggering 423%. Istanbul’s biggest airport, the main hub for Turkish Airlines, has been grow­ing even faster than Dubai.

US carriers have long accused their Gulf counterparts of unfair competition in terms of massive subsidies from their governments. Is it a coincidence that just weeks before this new ban, US airline ex­ecutives met Trump? Was it hap­penstance that he referred during the meeting to the “very unfair situation” created by competition “subsidised by governments, big league”?

Politics, not national security, has driven many of the Trump administration’s decisions. A rudimentary, rather Darwinian form of budgeting has led Trump to propose the slashing of pro­grammes to prevent famines in Somalia and northern Nigeria. Trump’s budget director, Mick Mulvaney, justified the deaths that might result as follows: “The president said specifically hundreds of times… I’m going to spend less money on people over­seas and more money on people back home.”

And raise money from overseas to spend on defence at home?

Trump’s new ban is likely to push many of the Gulf carriers’ most loyal customers towards US airlines, which will enjoy a new subsidy from the American gov­ernment in terms of preferential security regulation. Passengers bound for the US from destina­tions outside the Middle East will start to shun Dubai, Abu Dhabi and Doha for European airports unaffected by the stigma of the ban.

The Middle East’s shining suc­cess — in flying high in the age of mass air travel — will dim some­what.

The Fly America Act requires travel funded by the US govern­ment to use American carriers as far as is possible. This security restriction, a new form of protec­tionism, is a fly America act for the whole world.