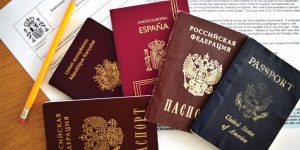 What’s with this story about Germany arranging to deport two German-born non-citizens for alleged involvement in planning a terrorist attack?

The Washington Post reported it last week and predictably, the case has chilled many. Germany seems to be acting in a dreadfully hard-hearted way by seeking to deport to Algeria and Nigeria two men who were born on German soil and whose main link to those countries is their parents’ heritage.

Indeed, there are a number of serious flaws in Germany’s new hardline one-strike-and-you’re-out tactic on non-citizen terrorism suspects:

First, it’s hard-hearted and countries never come off well when they act in ways that are demonstrably unjust

Second, it seems unfair when the men weren’t even charged with the offence for which they’re being deported

Third, it’s doubtful if such a deportation – Germany’s first – will really send a message to “fanatics” around the world, as one regional minister suggested. Boris Pistorius, interior minister of Lower Saxony, said it indicated that birth was no bar to being sent off if you commit an offence against the German state. Didn’t we know that already? German citizenship is based on the concept of jus sanguinis, or blood rather than jus soli, as in soil.

In actual fact, what the deportation will say is that western countries are trying to toughen their response to people who live on their soil and try to attack them. Australia, Canada and Britain have been zealous about revoking citizenship of dual-nations who joined overseas extremist groups. Even the US is trying to turn a citizen into a non-citizen after a conviction on terrorism charges.

Most of these cases involve dual-nationals. After all, citizenship is a privilege, not just a right. That said, the two German-born potential deportees are not German citizens and certainly not dual-nationals. But neither do they have any ties to their parents’ countries of origin.

There has to be a better way to do this. 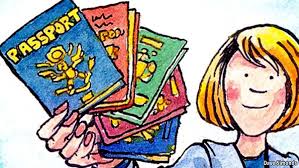