There were three “imperatives” for Donald Trump’s missile strike on the Syrian airfield: a national security imperative, moral one and a messaging imperative.

We heard of the three-imperative strategy from Sebastian Gorka, the Hungarian-Brit-American who serves as a deputy assistant to President Donald Trump. Dr Gorka, who’s known to have been involved in far-right Hungarian groups, and to have fairly corrosive views on Islam and Muslims, was boastful and triumphant in his imperatives theory.

Does it stand up to scrutiny?

Yes, but only up to a point.

It’s difficult to see Mr Trump as part of the moral universe. Perhaps he has signed up – even at 70, a man can change – but it is a hard metamorphosis to imagine.

The national security imperative, of course, is an easy one. The US wanted to show that it is a superpower with super powers. It wanted to make sure no one messes with it. Ever. Full stop.

Finally, the messaging imperative. This is entirely believable. Mr Trump wants to be the master of the universe. Using America’s massive arsenal works a treat in that respect. 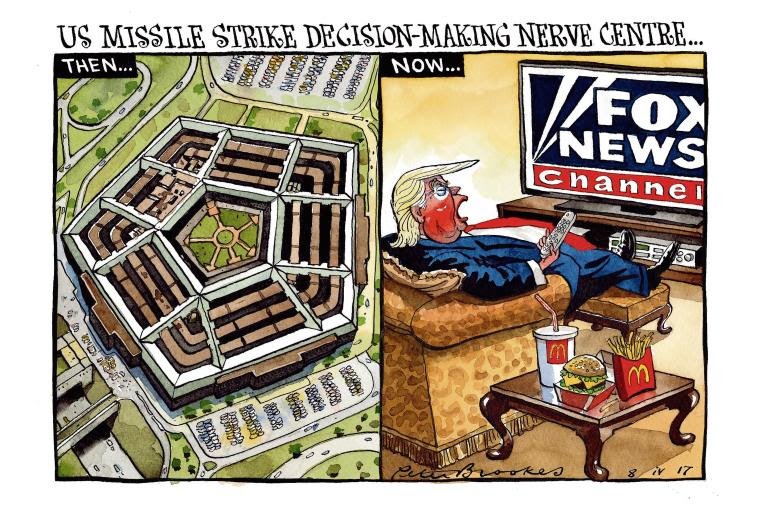