Why does the US have to pay more than other countries to borrow money? 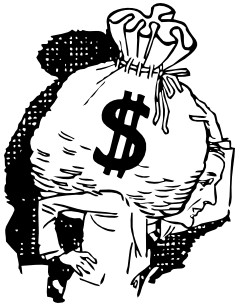 Here’s a funny thing. America, the richest country in the world and the only superpower, pays more to borrow money than Germany, Britain, France. The US is even paying more than Italy and Spain, one half of the so-called “PIIGS”, southern Europe’s troubled economies. (PIGS was the ingenious term used by  the financial markets to refer to the troubled and heavily-indebted countries of Europe – Portugal, Ireland, Greece and Spain. Then some analysts added another ‘I’ because Italy is Europe’s longstanding biggest debtor.)

Anyway, I digress. Why does America pay more to borrow than Italy and Why? The Economist explained it all recently. Apparently, it’s not because everyone hates Trump’s America (I’m kidding). And it’s not so much because of the factor of risk as the expectation of higher inflation, bigger budget deficits and faster growth compared to the euro zone.

The US Federal Reserve has been easing up on Quantitative Easing, ie the policy of simply making more money available in the market. But its euro zone equivalent, the European Central Bank (ECB), is still at it. The US Fed has been raising short-term rates for nearly 16 months now, but the ECB continues to buy bonds.

With all the hype about Donald Trump’s great business skills (and long-proclaimed intentions), there is some expectation of stimulus in the US, boosting growth perhaps to 2.4 per cent this year and 2.8 per cent in 2018. That’s according to the OECD, which predicts that the euro zone will stay stuck at 1.6 per cent both years.

No one should bank on Mr Trump and his policies and prescriptions, but it’s fair to say that the US is, for the moment, a bit more stable than France. It will have elections in April and May and an unlikely but feared win by Marine Le Pen would change the euro zone picture almost entirely. That is why French bonds are less desirable and German government bonds have become the European blue chip investment. This – and some other factors such as more bond-buying by pension funds for regulatory reasons – is driving down the yields of German bonds. The Americans are free from these specially European concerns right now.