Were gondoliers and gondola-makers of yesterday’s Venice the coal-miners of America today?

One of the last gondola workshops in Venice is to be found near the Ponte San Trovaso, on the Fondamenta Nani. 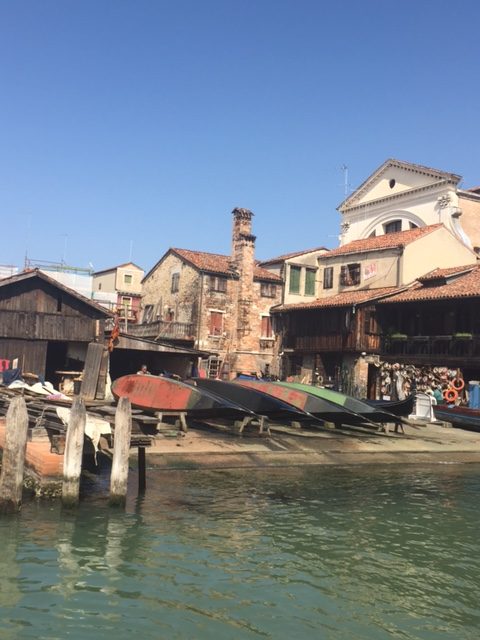 I looked at the men in the boatyard, busily engaged on a site that is said to have opened 400 years ago, and thought of West Virginia’s coal mines. The ones that Donald Trump promises to “bring back”. Like the gondoliers, coal-miners may be raging against the passing of an age.

How long will the gondola workshop last in Venice?

As long as it has a tourist industry. The gondola will be around to offer the “Venice experience” but it can never again be more than a curiosity. It certainly can’t go back to the heights of the 16th century when more than 10,000 gondolas glided down the canal-streets of Venice. Just a few hundred remain today (by some accounts, 350). There are three gondola workshops now when once there must have been dozens, if not hundreds.

Perhaps coal mines too are destined to become tourist spots, eagerly visited by mid to late 21st century folks who have read about this non-renewable energy source and the dreadful reality of miners’ jobs underground.

In that case, the past and the present would be forced to co-exist in as profitable a way as possible, as in Venice. Click on this short video and hear a worker at the boatyard use an electric hoover on a gondola. 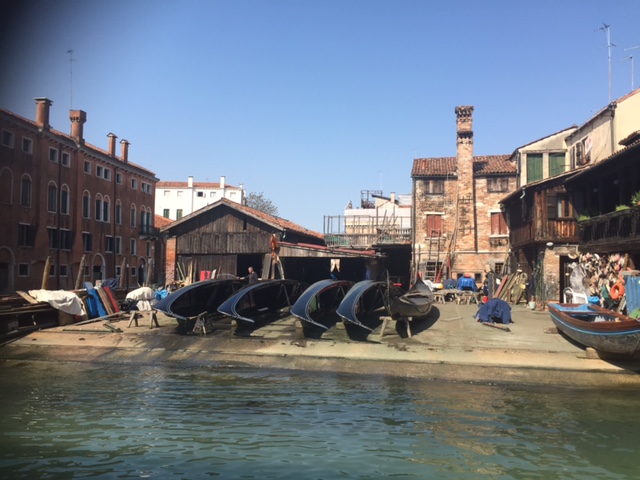