Today, on the 100th day of his presidency, consider Donald Trump’s accomplishments:

Now remember to give thanks. Though some of Mr Trump’s actions will have (and are already having) a deleterious effect on the US, not least its image, most of them are mainly cosmetic.

So, yes, Mr Trump’s actions in his first 100 days are hurting social harmony and environmental protections in America, as well as the State Department and the tourist industry.

But largely, they are insubstantive and pretty pointless. As someone recently pointed out, they lay out big goals, but don’t really provide legislative prescriptions. Mostly, they order reviews and ask for recommendations.

Cristina Rodríguez, Yale law professor, says “a lot of it is for show.”

This sits well with what the world has known of Mr Trump till he ran for office and won. He is all about show rather than substance.

Consider this passage from Mr Trump’s book The Art of the Deal:

“What the bulldozers and dump trucks did wasn’t important, I said, so long as they did a lot of it. If they got some actual work accomplished, all the better, but if necessary he should have the bulldozers dig up dirt from one side of the site and dump it on the other.”

He’s describing his 1982 attempt to get the Holiday Inn corporation to partner with him on his first Atlantic City casino. The corporation wanted to see the site and Mr Trump was worried that it might not pass muster. This because, as he tells it, they “had yet to do much work”. So basically he ran a scam, a showy operation that pretended to have a lot of construction activity underway. It looked busy even though the bulldozers and dump trucks were repetitively doing the same needless jobs over and over.

Should we cringe to think that the 45th US president is a liar and a scam artist? Mr Trump would challenge that. In the same book he writes: “A little hyperbole never hurts. People want to believe that something is the biggest and the greatest and the most spectacular. I call it truthful hyperbole. It’s an innocent form of exaggeration — and a very effective form of promotion.”

He’s doing the same for his first 100 days as president. 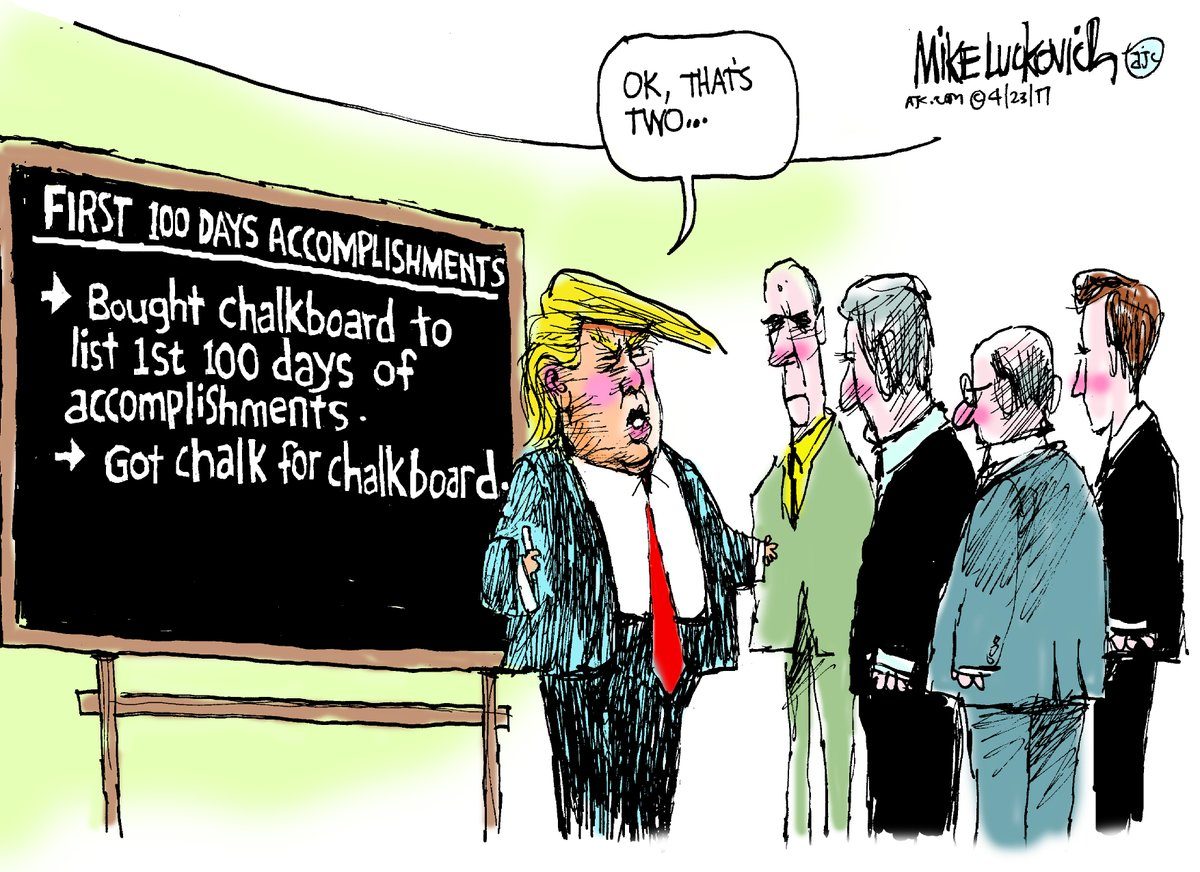